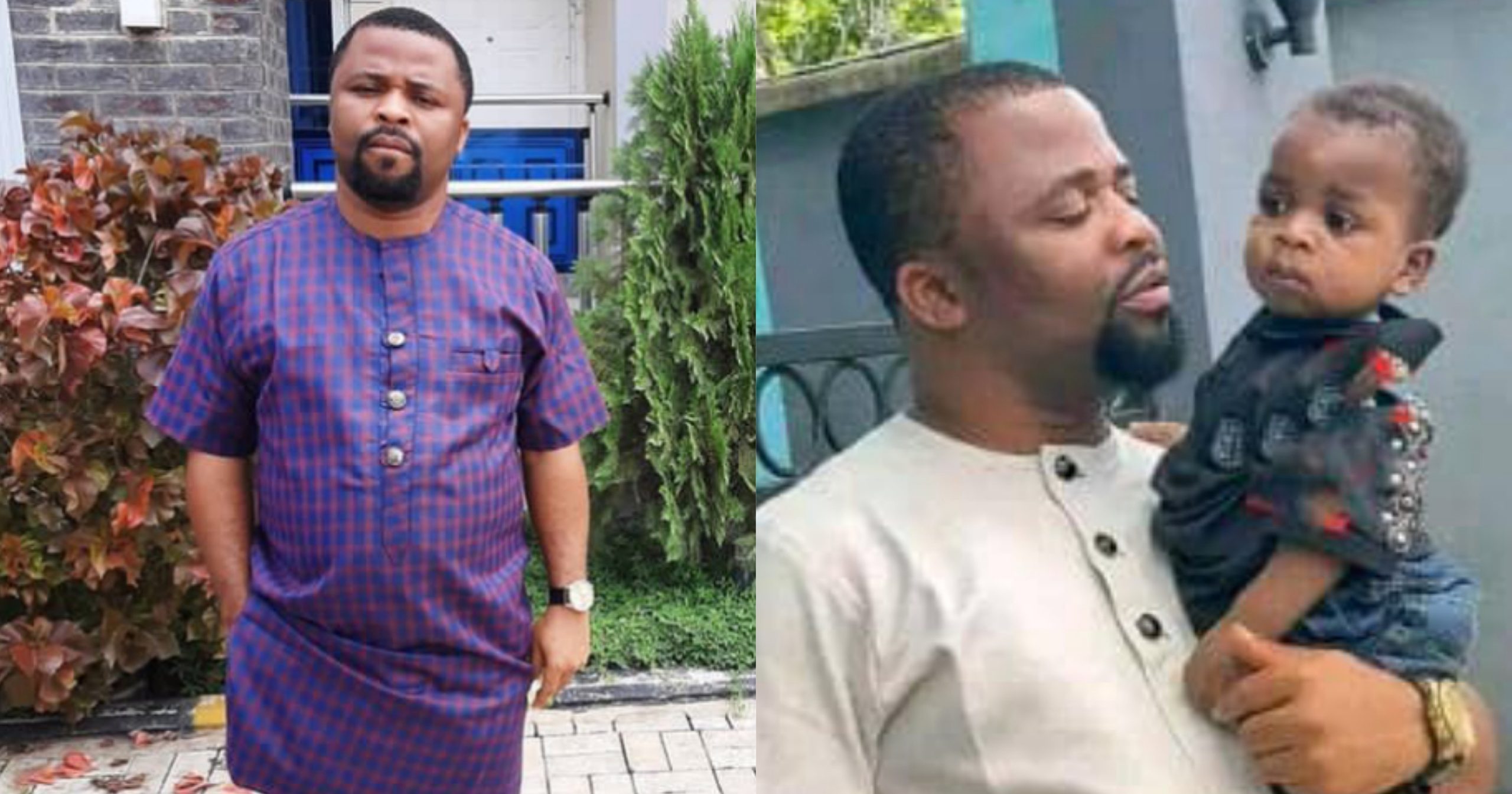 Nigerian Nollywood actor and Comedian, Osinachi Dike has lost his only son, Jboy to death after a prolonged illness.

The little boy lost his life on Tuesday morning, November 15, at a hospital in Owerri, Imo State.

The father of three confirmed the sad news and expressed pain as he talked about how difficult it was to be an entertainer.

He said that as an entertainer, you could be going through a difficult thing but nobody will know and you would have to keep doing your job which is to entertain people and get paid.

“It’s true, he has been sick for long. That is life of an entertainer, you make people laugh while you’re d¥ing in [email protected]”