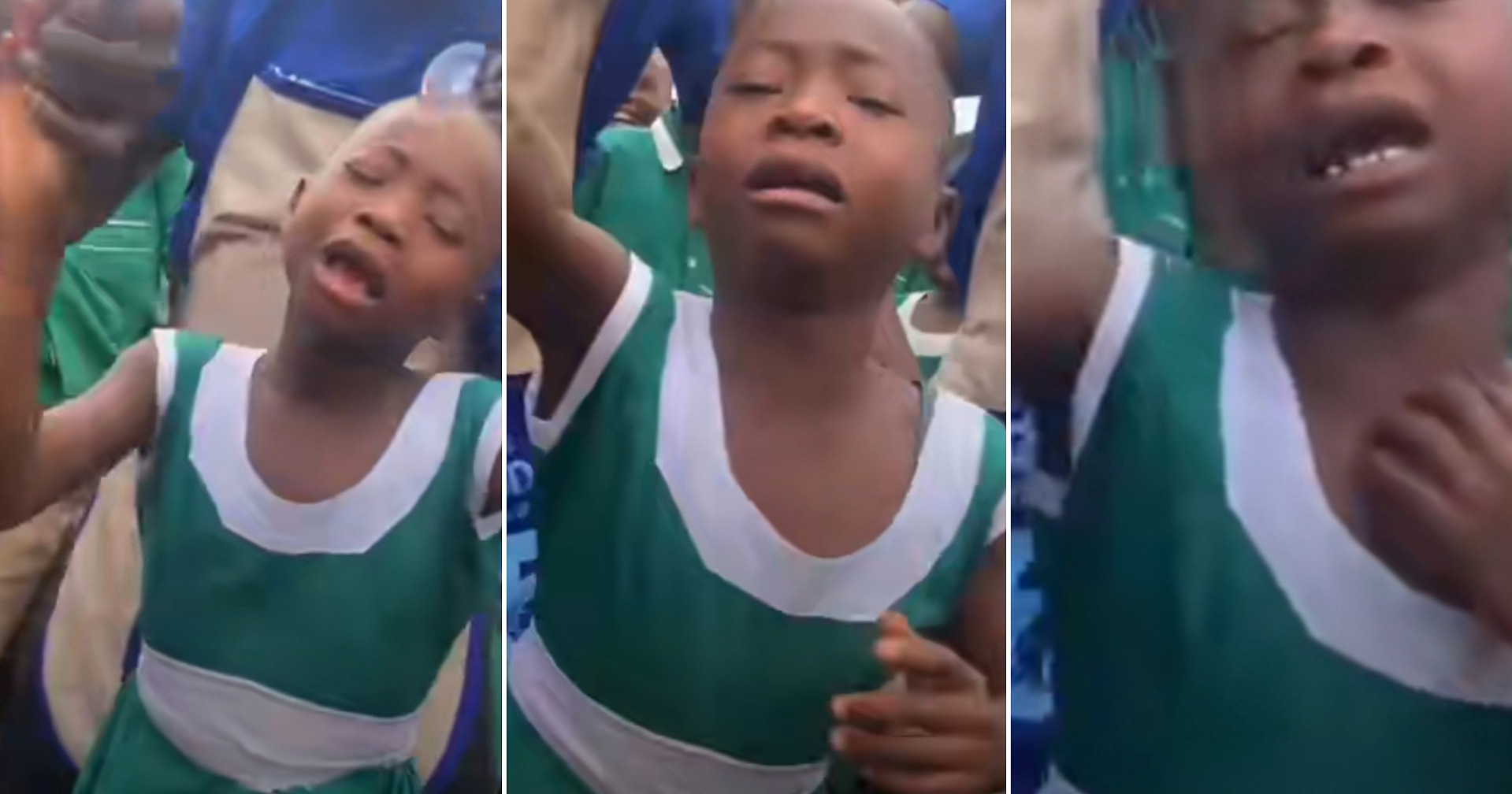 A little school girl was captured in a viral video, singing a heartbreak song so passionately that one would think she was actually broken.

She sang along to a heartbreak song and was chanting “Jonathan” with all her energy. This made netizens conclude that she was definitely going through a lot.

However, others speculated that another young boy must have broken her heart in class.

@_nothingbutthetruth1 said, “I’m sure one boy didn’t give her one of his pencils when she requested 😂😂😂.”

@alloytessa said, “She’s going through something maybe be mentally at home 💜💜🤍.”

@taomar00 said, “she was serious. and acting like she has been passing through alot😂😅.”

@selectamurder said, “Lyrics r touching her deeply.😂ohh wats on her mind at that age.”

Dancer, Janemena gushes as she shares video of her mother helping her during pregnancy