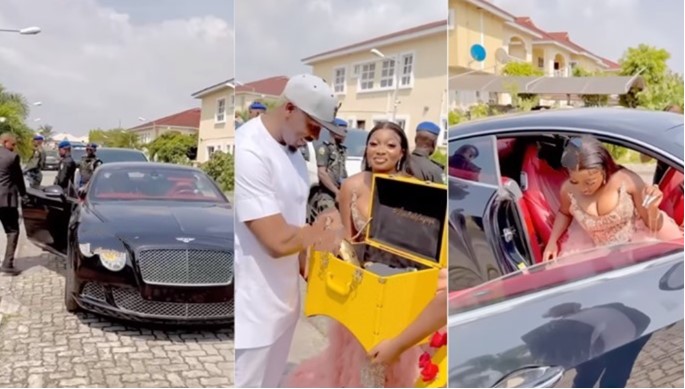 Abike Arab Money, popular as Papaya Ex, a social media influencer from Nigeria, has started the distribution of her housewarming invitation card in grand style.

The Lagos socialite employed the services of police escort as she drove around the state in convoy to deliver the special invitation to celebrities. 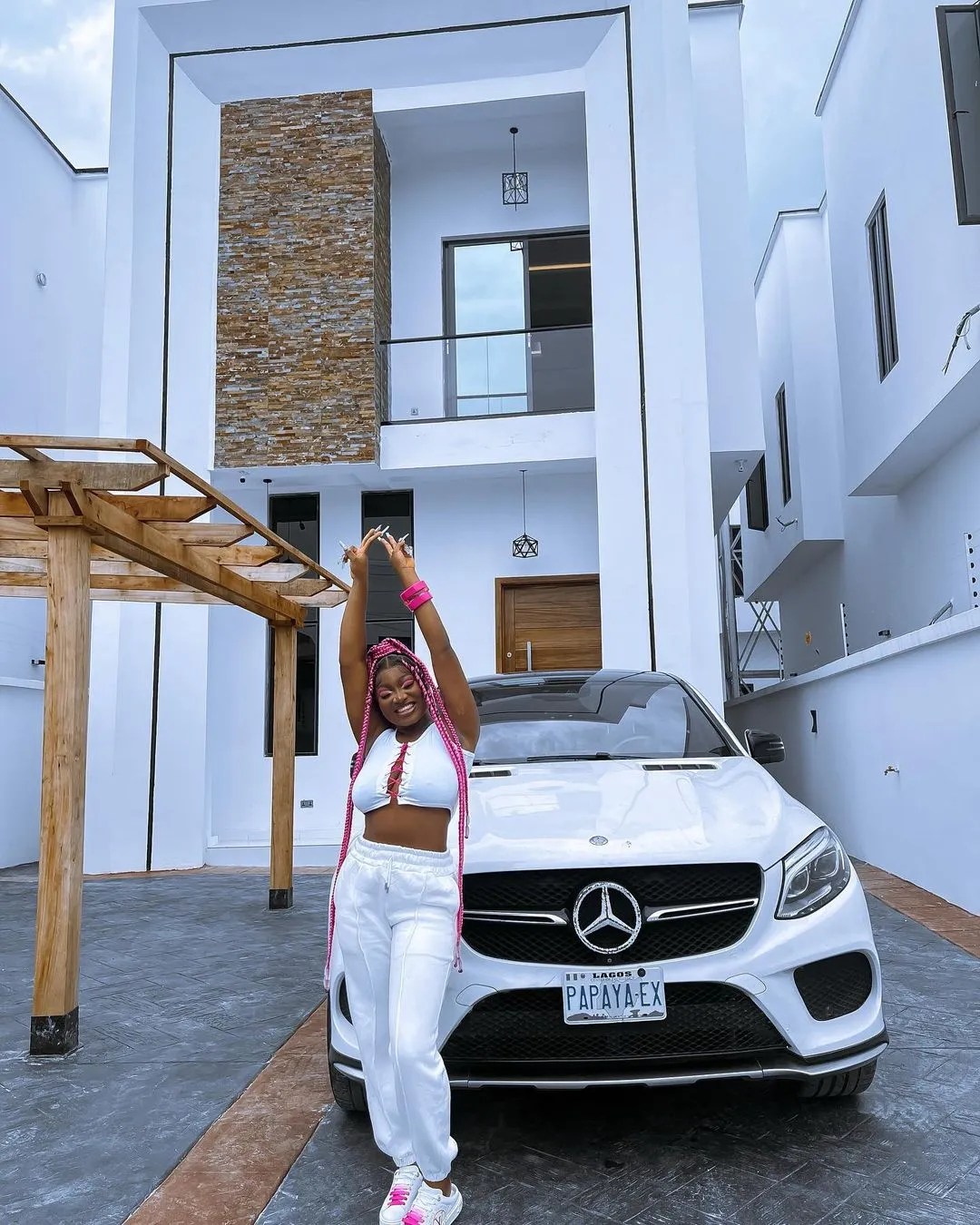 Bobrisky lashes out at Papaya Ex for allegedly snatching his…

She and her sister presented a big box containing the card and other goodies promising that the housewarming would be one of a kind.

Some of the items inside the box apart from the IV card include two bottles of ace of spades and a cologne.

Her grand party invite had caused a stir on the internet has many questioned her source of wealth.

Geoffrey Biggeo wrote, “Make una allow am enjoy her nah atleast her own no be audio spending.

Tontolo fabrics wrote, “Hosting party after party is more alarming…. I hope no be…

John Maureen wrote, “Only God knows where did girl dey make her money.

Olanike Adeola wrote, “As in on top dis influencing.