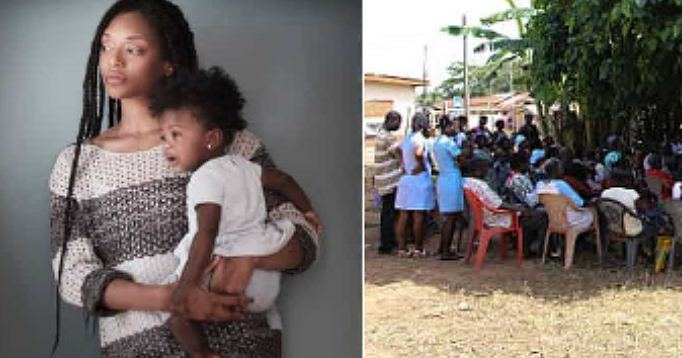 A single mother who was desperate to marry her lover, had to give up her daughter because the man’s family said it’s one of the requirements for the marriage.

In a bid to please her now ex fiance’s family, the woman gave up her three-year-old daughter for adoption.

She however regretted it as at the end, as the man began to see faults in things she does and eventually did not marry her.

“Girls stop letting men take over your brain. This single mother staying in Lagos was about to get married and the man’s family asked her to give up her daughter for adoption because they can’t marry her with the girl a 3 years old baby.”

Dexterouz then went further to share the aftermath of the lady’s decision.

“The man’s family brought a UK man that secretly took the little girl away. Guess what, till today, they never still marry her. Problem from no where just dey come. Now she has lost both her daughter and marriage. All because of gbola.” 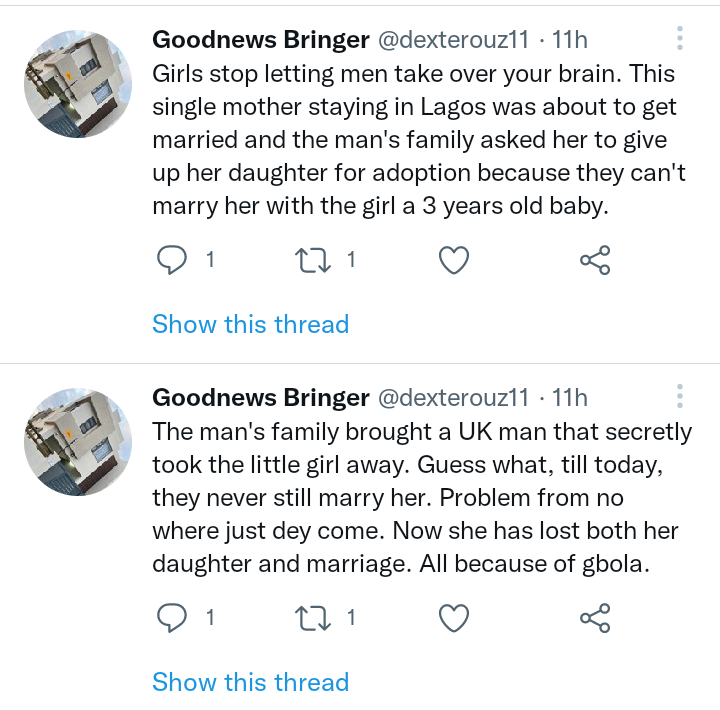 “Even if I die, I know you will take care of my baby” – Woman hails babydaddy