Phyna set to overtake Laycon, White Money in the music industry as she hits studio (Video) 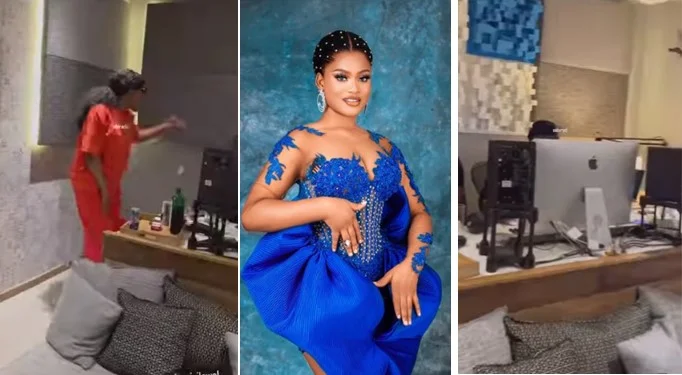 Ex BBNaija housemate, Josephina Otabor, also known as Phyna, has decided to try her hand at music and put her singing abilities to the test. The Reality TV star-turned-hype woman stormed the studio to record her debut song, and she offered a sneak peek with her followers on social media.

Phyna posted a video of herself dancing to the music in the studio with BBNaija 2021 star Niyi.

“I said make I go cook soup,” the ex-Big Brother housemate from Edo captioned the clip.

She follows in the footsteps of other Big Brother Naija alums who turned to music after becoming famous, such as Laycon, Erica, and White Money.

“My cheapest video gave me my biggest breakthrough” – Singer Guchi