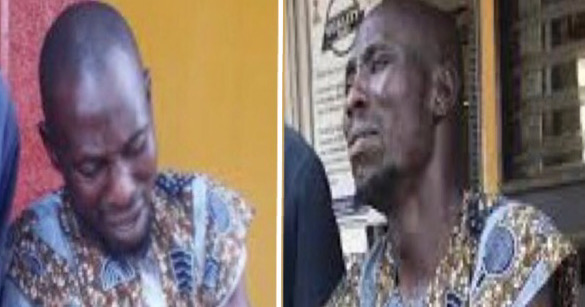 A 33-year-old man identified as Tunde Kareem has been arrested in Ibadan for molesting his 11-year-old daughter.

According to a source, he committed the act at their residence in Ibadan, Oyo state.

After a proper investigation, he was arrested and during interrogation, he confessed to defiling the minor and stated that he did it just once.

“Where is your wife?” Reactions trail viral… 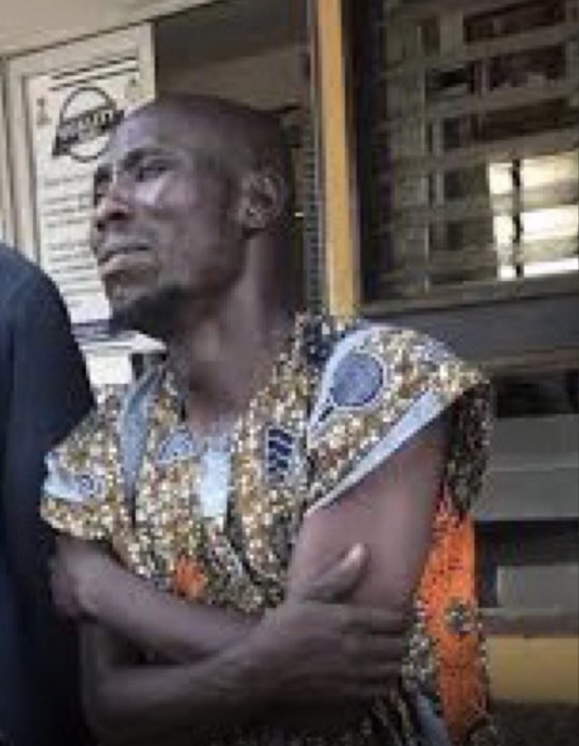 Reacting to the post, kigholisa said: “A female child is not even safe from their own father.”

flourish_ifeoma wrote: “Why do some (if not most) men like crimes so much? More like they derive so much pleasure from it”

officialbobbyfredrick_ added: “But if a father can’t protect his child then who will.” 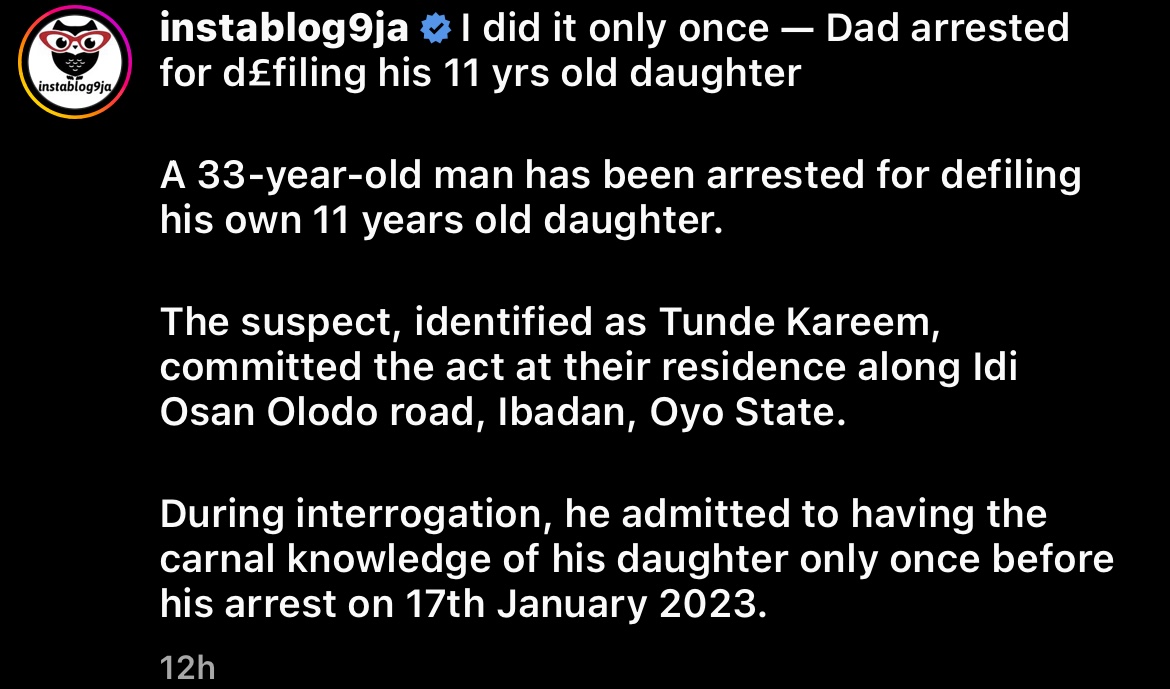