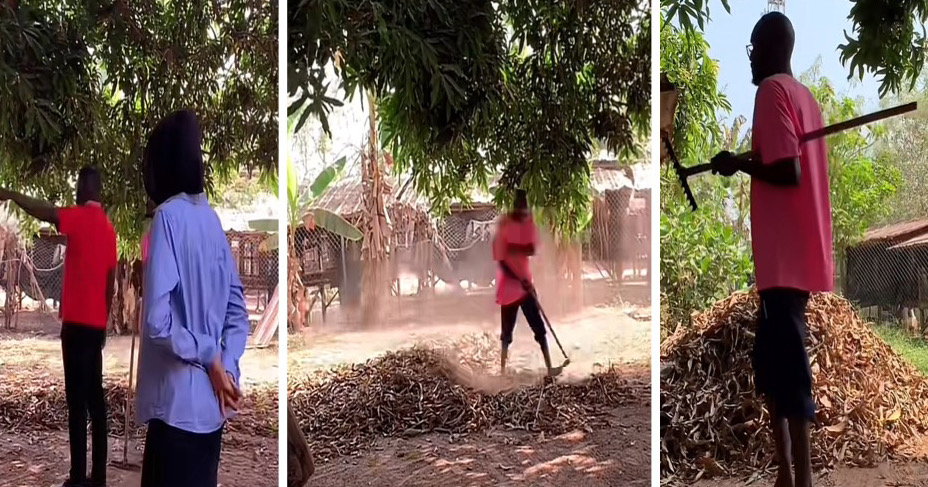 A TikTok user identified as @charrly.k has narrated one of his experiences while attending a private school.

In the video, he was seen in a field with dead leaves on the floor while he was holding a rake. He proceeded to sweep the field with a rake. 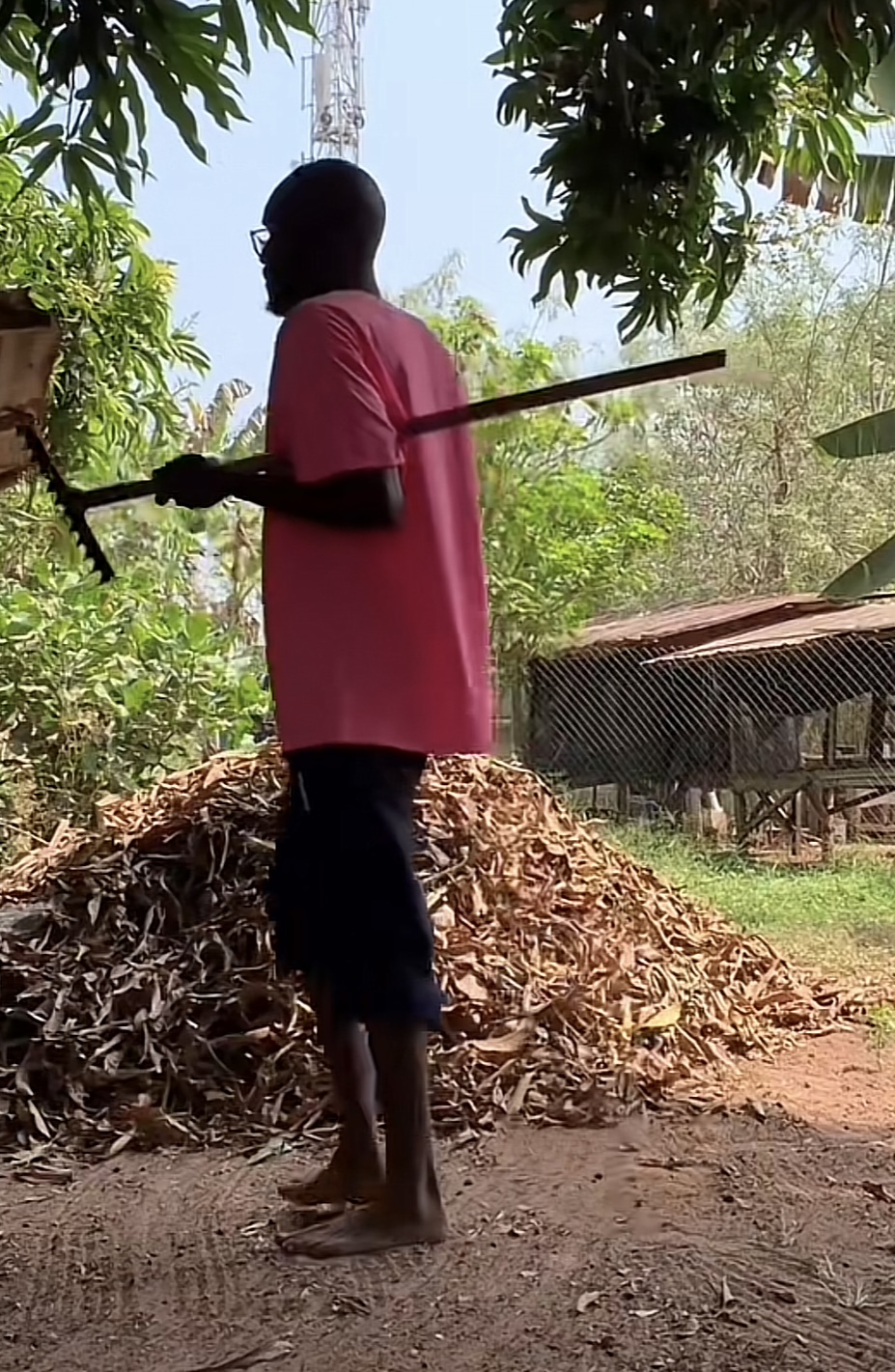 The church betrayed me – Timini Egbuson reveals why he left…

In between the video, some people who were suspected to be teachers, came and supervised what he was doing and left.

He swept all the dry leaves to a corner and left the heap of dried leaves after he was done.

He mentioned in his video that he was in a private school and had to do community service for not attending church.

“You go to a private school and they give you community service for not going to church.”

Itsupiki___okami added: “ I thought Ghana has problems but Nigeria’s own is top notch. which kind of universities are you guys attending in Nigeria ei.”