The 5 Things Ladies Always Hide From Men (MUST SEE)

Results of the survey conducted on a social media website, asking both single and committed women what they are hiding from their boyfriends, showed that most women refrained from opening up about their hidden secrets to their partners.

This might indicate that women have a lot to hide! However, as their masks started to unveil, the poll witnessed a rapid fire of some of the most outrageous answers given by bold and fearless ladies. Here are the top five answers that were found on the survey that every man should be reading. 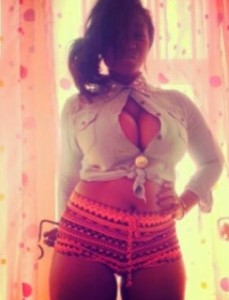 While you may feel that your girl has divulged her most intimate experiences with you, she might be hiding her share of “fun experiments”. Most women are afraid of being judged for their character, while others felt that sharing their ‘dirty little secrets’ would make their current partner insecure and jealous. Most men want to know, “Am I better than him?” and women find this very annoying.

2. Off the record girl-talk

You will never be able to break into the most classified realm of girl talk (unless you go undercover into a girls’ room) where some of the most sizzling, spicy secrets are openly discussed with graphic juicy details! The majority of surveyed women said that they would never tell their friend’s secrets because it has nothing to do with their partners.

She look pretty all the time, all day log, which seems to come natural – it is obvious that you haven’t seen where she keeps all of her cosmetic back-up. She wants you to keep wondering where the prettiness comes from and how it never goes. While some of you may be smart enough to know it’s the make-up on her skin, your girl might prefer to cover up her anti-ageing cream, her under-eye make up or her pimple solutions!

Surely you know that she had a life before you… You may want to know whether she still feels anything about her past. However, a woman’s heart will have the deepest of feelings that even she would never be able to decode. According to the survey results, most women hide their true feelings about the ex-beau to save their current boyfriend from getting hurt. Interestingly, there’s a flipside to this story! Some women said that they purposefully mentioned a few feelings about their ex-es to let the current partner know that the bar is set high for him.

5. Feelings about his relatives

Every time a woman has expressed her feelings about his sister being petty or his mother being overtly inquisitive, she’s been accused of being insensitively provocative! It’s as if she’s trying to put him in a situation where he would have to make a choice. Over the years though, the entire race of fairer sex has become cautious of loosening their tongue over their true feelings for his clan members. The reason they all gave for camouflaging their opinions about his family – ‘We don’t want to be the ones to cause damage to the relationship!’