AT LAST: Boko Haram Commander Shekau Has Been Killed (Details) 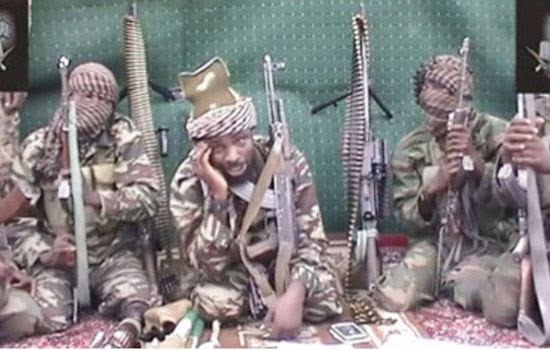 Share
Finally the big iroko has been brought down and Nigeria will soon begin to experience peace again, after a long while, courtesy of the activities of heartless Abubakar Shekau and his Boko Haram boys.

OluFamous gathered that multiple sources in and around Borno are confirming that Nigerian military air-strike in the Konduga area has sent the dreaded Boko Haram leader to his grave. News of the death of Shekau and some of his top commanders in the latest battle with troops in Konduga is spreading.

Confirming that Shekau has been killed, one of the residents said: “Look, this picture is being circulated after the attack in Konduga. If you know Shekau very well, you will know he is the one in this picture…

“We all know him very well. Many of his commanders were also killed during the attack. We learnt that some of them that were caught alive are held in the barracks.

“The remaining ones are those attacking people now. They have gone wild, but we were also told that the soldiers are in pursuit of them. Our prayer is that they would all fall and our state can experience peace again.”

Shekau’s reported death is also contained in the account of some of the survivors of an attack of the sect on Mainok on Friday, as they said they were afraid of returning to the town “because we are told the insurgents are mad as a result of the killing of their leader, Abubakar Shekau, in Konduga.”

Reports reaching Tribune in Maiduguri, Borno state capital, indicated that over 300 people were killed when Boko Haram attacked Mainok market on Friday in what was believed to be a retaliation for their leader’s death. They attacked when villagers were in the peak of trading on the market day.

A local, Modu Jakana, who narrowly escaped that attack, told Tribune that the insurgents came in from all angles, “shooting the people as if they were exchanging fire with the military. We don’t know how we escaped, but we were so lucky. They were so determined to kill everybody. I saw so many corpses while we were running for dear lives. At the main road, vehicles that were on top speed also killed so many people as there was confusion everywhere.

“This morning, some of our people told us that over 300 people, including some of the insurgents, were killed because we learnt that the military came and engaged them in a fierce fight. There is calm, but we won’t return to Mainok.

“For now, they said calm has returned, but we cannot go back because these people may strike again. They said the people (Boko Haram) are mad, following the killing of their leader, Abubakar Shekau, during the attack in Konduga.”

A top source told OluFamous that Nigeria military authority is trying to confirm the development.

Revealed: See all the bad things Jim Iyke did to his ex, Keturah