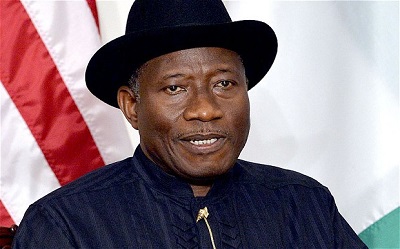 The President of the Federal Republic of Nigeria, Goodluck Ebele Jonathan has disclosed that one of his biggest regrets

is the emergence of Alhaji Aminu Tamuwal as speaker of the House of Representatives in 2011.

Mr President made the statement on Friday in Ile-Ife, while addressing a day summit, organised by the Yoruba Concerned Leaders with the theme: “Nigeria Development: Whither the Yoruba” extolled the virtues of Yoruba people.

President Jonathan further revealed that the failure of Akande-Adeola to emerge Speaker was caused by some people from the south west region who “thought otherwise”.

In his own words: “One of the problems I face is the National Assembly. Our party has arrangement that when a president and vice president emerge from different regions, other offices – the Senate President, Secretary to the Government of the Federation, the party chairman and Speaker of House of Representatives must come from different geo-political zones.

“The idea is that when we are to decide, people in these positions meet with us to decide on crucial things. In that case we want every geo-politically zones to be represented in that inner caucus of our party.

“Last time, it was difficult for me because I insisted that South West must get Speaker but some of us within South West didn’t want that because of personal ambition and I am still suffering for that till today.

“That is why I am telling our leaders here that this time around we must work together and ensure that whatever position that is zoned to South West, we must get and no one should rob us of it.”

Meanwhile, reports have it that senators and members of the House of Representatives had commenced collecting signatures for the removal of the president on Wednesday, Dec. 3, after the November 20 security siege on the National Assembly.

During the siege, the speaker of the House Aminu Waziri Tambuwal and other lawmakers were teargased by the police. And already, 200 members and about 60 senators were said to have thrown their weight behind moves to oust the president.

According to Rep. Mohammed Tahir Monguno, he was one of the 200 members who signed the impeachment motion on November 20, saying, “some newspapers published names of those who signed the motion but my name was conspicuously omitted.” Arguing that president Jonathan had no reason to remain in office anymore having failed to protect Nigerians against Boko Haram insurgents, Monguno said