Exposed: UNILAG girls and their craze for money and prostitution (Must See) 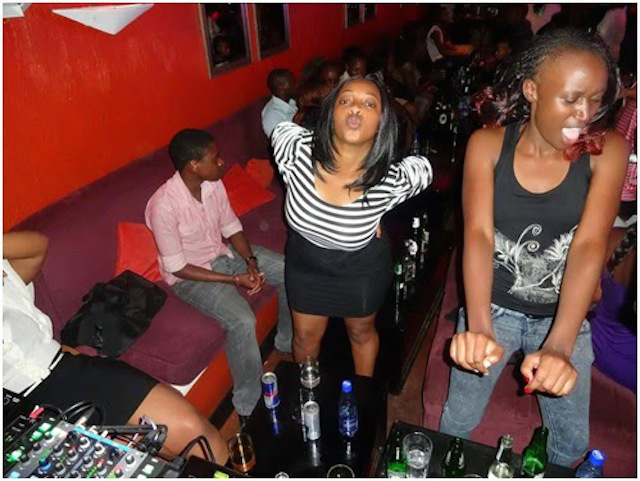 Share
It has become a way of life for many ladies of today; money for hand, back for ground. Pm News Campus Square went about to ask some students why they think prostitution is so rampant on campuses and what they think can be done to curb it and here’s what they have to say.

10 things you can only understand if you attended UNILAG

15 Famous Celebrities That You Won’t Believe Are Flat Broke…

Bashorun Aminat of the University of Lagos [UNILAG] said:

“I don’t think it is seen as prostitution any longer. The issue is that basically, girls here are after the tall, cute guy who can pay their bills and must have a car. That is very important.

“The girls do not hesitate once such a guy approaches them. If he has a car then they are good to go. A case happened last semester when some girls left the hostel in the evening and told their roommates that they wanted to stroll out just within the school premises.

“They come to pick them with cars or they take cab to their destination and when they return the next day, they come back big with a huge intimidating amount of money and they flaunt it for all to see.

“We are in deep trouble in this country if urgent step is not taken to address this crisis. But, the question is; who will provide the platform for such reforms to take place, when it was the same politicians, political office holders, bureaucrats, and some traditional rulers that are the major promoters of such illicit business in the first place.”

Another UNILAG student, Akorede, said, “To curb prostitution in our tertiary institutions, there should be law prohibiting prostitution on campuses. Those who indulge in it should be arrested. This will deter those who want to venture into the trade.”

In her own reaction to the issue, Adediran Bukunmi, a student of the Obafemi Awolowo University, OAU said: “some OAU girls have PhD in prostitution. Archy, Motion Ground, Ajose, First Bank are some of the ‘mini-hotels’ we have on OAU campus.
“You find condoms, pants and sometimes blood early in the morning if you pass through these areas. You see‘lovers’ hanging around this love spots at night, many even go further to make love in these places as they are often very few people around at the time.“Anglomoz is the mother of ‘mini-hotels’ where ‘big boys’ come to pick up the willing ladies. Some have even been recognized by the cars they bring as they do not miss the rendezvous every night.

“Their activities reduce during exam period. Honestly, I am indifferent about it. I really do not care what they do with their lives.”

“The practice of dating older men for money has taken over Nigerian schools by female students who so much desire to live a life beyond what their parents can provide for them,” Jerry Adeyemi said.

”Prostitution on our campuses is no longer news. But it is difficult to pin point who to put the blame on. Is it the campus girls or their patrons?” he queried.

A senior lecturer with one of the universities in Lagos who pleaded anonymity, told our reporter that the issue at hand is beyond university students as there are many young ladies who engaged in street prostitution parading themselves as students thereby mingling with students.

It is difficult to pin down the exact year campus prostitution started, it has been widely acknowledged that it started in full swing in the 90s.

Check out the first flying car – it is so beautiful! [Photos & Video]