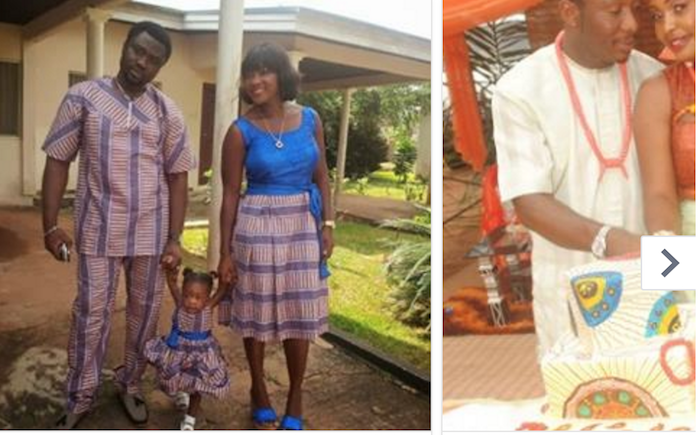 Nigerian female artists who have second hand husbands
– When, recently, singer-writer Etcetera wrote in his weekly Punch column, an article about how it has become a trend for female celebrities in Nigeria to marry a second hand husband (his term for a man that has either being married before or has children with another woman) he didn’t get much attention until singer Tiwa Savage and hubby Teebillz, sensing he had written the piece to sub them, replied….

Their reply sparked off controversy, with many chastising the couple for being too harsh on the singer when he did not expressly mention their names in his piece. However, if one looks critically at Etcetera’s analogy, the debate about whether or not he had the duo in mind would seem irrelevant compared to the truth contained in his piece. His theory is not far-fetched, as there abound countless female celebrities who fall into this category. Notable amongst them are:… Her marriage to Odianosen Okojjie in August 2011 did not happen without a fight from Lovely, the former wife of Odi and mother to his two kids. She criticized the actress for breaking her home and advised that she sticks with a single guy and let her man be.

The struggle went on for weeks but finally, Mercy got married….

How to kiss while making love – The right way to do it better! (Watch)