10 of the youngest children sentenced to death – #1 will leave you in a big shock! (With Pictures) 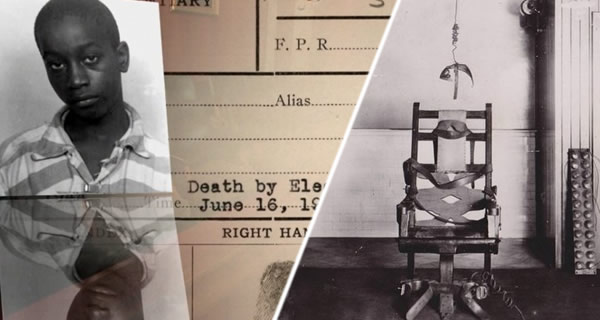 The youngest children sentenced to death – It seems juveniles are being tried as adults at increasing rates, in spite of widely accepted science telling us that the human brain – specifically the prefrontal cortex responsible for planning, impulse control and predicting consequences – doesn’t finish its development until around age 25. And although the execution of juveniles has been prohibited by various international treaties for some time, the United States was actually one of the last nations to officially ban the practice.

Not until 2005’s Roper v. Simmons did the U.S. Supreme Court determine the execution of juveniles violated the Eighth Amendment of the Constitution prohibiting cruel and unusual punishment.

Most people would more closely associate the execution of juveniles with nations such as Iran, Saudi Arabia and Sudan. In fact, under Sharia Law – the generally illegal but still commonly-practiced religious laws based on the Islamic Koran – a “man” as young as 14 years, 5 months may be executed for a crime, while a “woman” as young as 8 years, 8 months may receive a capital sentence. According to the Organization of Women Against Execution, Iran’s Islamic regime executed 187 juvenile females between 1981 and 1990, including nine girls between the ages of 10 and 13. And in undeveloped countries that lack a birth registry, an offender may find it difficult to prove their juvenile status.

But the western world actually shares a long history of sentencing children to death, as well. There have been multiple instances of children receiving the death penalty since America was colonized, following the lead of its mother England that once executed an 8-year-old boy convicted of arson and a 7-year-old for petty theft. The earliest recorded execution of an American juvenile occurred in 1642, when 16-year-old Thomas Granger of Plymouth Colony was hanged after he was discovered to have had sexual encounters with a cow, a mare, two goats, five sheep, two calves and a turkey. Between Granger’s execution and 1972, the United States executed 344 juveniles, including at least 39 between the ages of 10 and 15 at the time of their crimes.

Here are 10 of the Youngest Children Sentenced to Death. Villagers in Bangladesh’s Shariaptur district convicted the young teenager of adultery in 2011, claiming Hena was guilty of having an affair with a married man; although her family insisted she was raped by the man in question. She was sentenced to 101 lashes to be delivered in public.

Although not a death sentence, the lashes were more than the child could withstand, and she collapsed after the first 70, dying in a hospital a week later. She proclaimed her innocence until the bitter end. Strangely enough, according to her initial autopsy report, Hena suffered no injuries and her death was deemed a suicide.

12 Horrifying things found living inside a human body (With Pictures)

12 Actresses who enjoy getting naked (With Pictures)