Top 10 stupidest things Nigerian celebrities did in 2015 that shook the internet.. 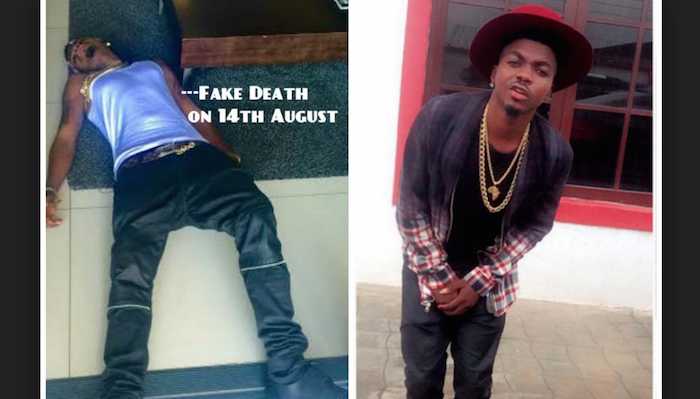 Stupidest things Nigerian celebrities did: There have been several celebrity stories, stunts and a number of them that backfired in 2015.  Celebrities love to show off, sometimes to gain more popularity and sometimes to achieve more awareness for their brand et al. While some celebrities did a great job of doing it successful, others failed woefully. This afternoon we will be taking at the 10 celebrity flops of 2015. So this pop star was truly disturbed when Nigerians raved and raved about Adele’s single ‘Hello’, and didn’t shower acclaims on Omawumi for her strong cover of the tune.

Sean Tizzle peculiarly said Omawumi merited more acclaim than Adele for her cover of ‘Hello’. Naija Twitter had Sean Tizzle for breakfast as a result of his immense faux pas.

Prev post1 of 10Next
Use your ← → (arrow) keys to browse
Tags: countdownentertainmentgist and gossipnollywoodphotosstaffStupidest things Nigerian celebrities did
Share12Tweet8Pin3SendShare