The long list of hot women Lil Wayne has slept with – #1 will shock you! (With Pictures) 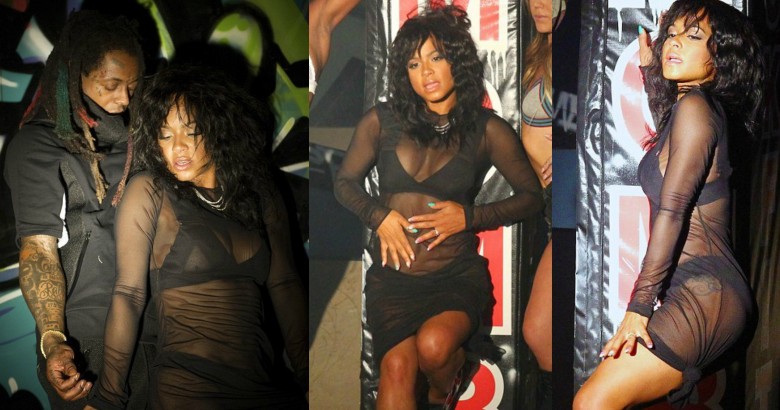 List of hot women Lil Wayne has slept with – The owner of Young Money Entertainment and massively successful rap artist Lil Wayne has not been secretive about his love for women. In one song he’s particularly famous for, he sings about wanting to ahem “sleep with” every girl in the world – to put it nicely. Well, he has certainly done a good job and is well on his way to accomplishing this goal.

He has been with many big names in Hollywood, and many beautiful women are among the ranks of his conquests.

For some, he is their first love, or they will remain friends forever and on good terms. For other exes, their relationship didn’t fare so well, and he is the topic of many tell-all books and confessions. He has also been put on blast by a few of his ladies, so he hasn’t completely gotten off easy for his dirty and deceitful deeds.

If you’re a little curious to see who some of these ladies were that caught Lil Wayne’s attention, just check out our list of the hottest women Lil Wayne has been with. You are sure to be impressed and surprised by some of the names and faces on this star-studded list of sexy females. One thing can be said for sure- he knows how to pick ‘em! The rapper known as Trina or Katrina Laverne Taylor was one of the ones that caught Lil Wayne’s attention and actually kept it for a while. She is famous for her popularity in the rap world in the 90s and early 2000s and was even referred to as “the most consistent female rapper of all time” by XXL Magazine. She worked with Lil Wayne and dated him on and off from around 2005 to 2007. They were engaged to be married and had each other’s names tattooed on them. A sad turn of events happened and she miscarried their child- the relationship ended soon after.

Wizkid talks about working with R.Kelly & featuring in his album (Watch Video)

7 Foods that will clear your complexion and make you look younger in less than one week..