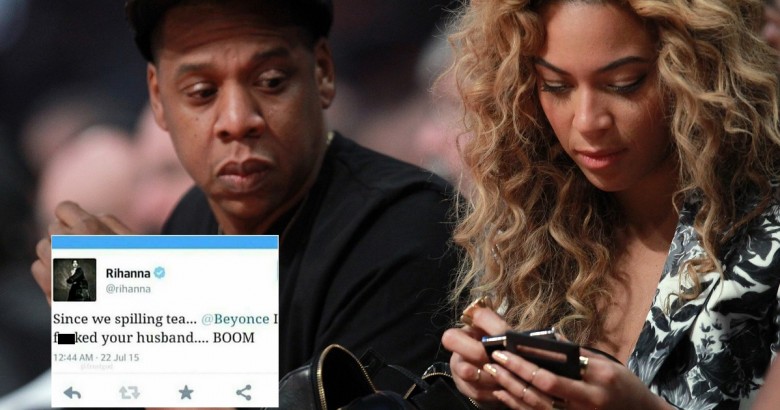 Celebrity tweets – We’ve all been there. That heart thudding moment when we realize a picture that was meant to be private was accidentally posted on the newsfeeds of thousands of our followers. Or that tweet which we thought was hysterical at the time turned out to be quite inappropriate in the light of day. Unfortunately for celebs, their tweets live on even after their deletion. Lucky for us, they provide us with an ample amount of entertainment for years. While many celebrities claim hackers are to blame for their regretted and often insensitive tweets, the unlucky few who’ve sent their private photos out into the twitter-sphere have a more difficult time shifting the blame.

Even thirty seconds on twitter is enough to give a topless photo immortality. It seemed everyone had something to say when Bruce Jennercame out as Caitlyn on the cover of Vanity Fair. Even former Nickelodeon star Drake Bell. He took it upon himself to tweet to his followers, “Sorry…still calling you Bruce.”

Hi followers stood up for the former Olympian, hilariously tweeting things like “Sorry…still calling you irrelevant,” and “This is why you’re poor.” While Bell neglected to apologize, he deleted his tweet and offered an explanation by saying, “I’m not dissing him! I just don’t want to forget his legacy! He is the greatest athlete of all time! Chill out!”