10 booties that are hotter than Nicki Minaj’s – #1 will make your head spin! (With Photos) 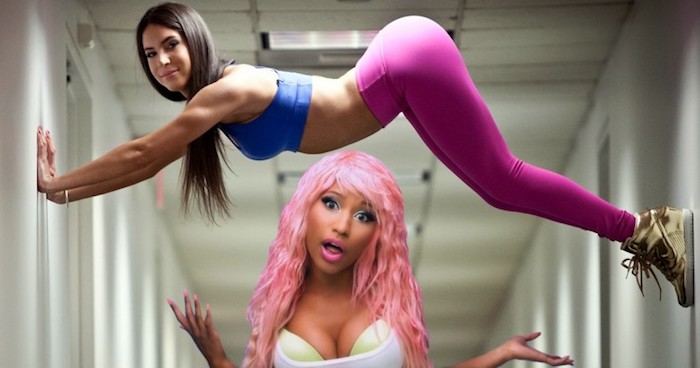 Nicki Minaj’s : There are many things that can cause the internet to run slow, or even crash altogether. The main reason for this is the chance to see a celebrity’s booty out there in the world. Kim Kardashian has done this on numerous occasions. Bringing the world, and the internet, to a standstill as we rush to check out her rear asset. Kardashian truly has made “the curvy woman” a thing of the 21st century. Of course, her infamous dirty tape had something to do with it. So thanks Kim! And thanks to momager Kris Jenner for pushing the Kardashian brand, and with it her very curvy family, down our throats.

This year however, we are all about Nicki Minaj. The rapper’s booty is an impressive one, especially seen in her music videos such as ‘Anaconda.’ So, as Kim and Nicki battle it out for the best boot-ay, we look at other celebrities that could give them both a run for their money. Here’s 10 celebrities that have booties that would no doubt cause the world to stop spinning. If they ever decided to put it out there that is! Serena Williams is one big, strong lady. The most famous booty in tennis does have her angry moments in the game, when she no doubt scares the wits out of any man that’s watching. Away from her competitive side, though, Serena is one sexy woman. When she’s off the tennis court and in heels and tight miniskirts, Serena’s booty is up there with the best of them.

Serena has been reported as saying that her sister, Venus, is the one with the better booty and body. However, we don’t agree with her. Serena has the sporting edge over her sister as well as a body with far more ‘junk in the trunk!’ Although, when the two face each other on the tennis court, no one is complaining as we tune in for the grunt fest.

Top 13 craziest pre-wedding pictures of Nigerian couples – This will leave you in stitches!