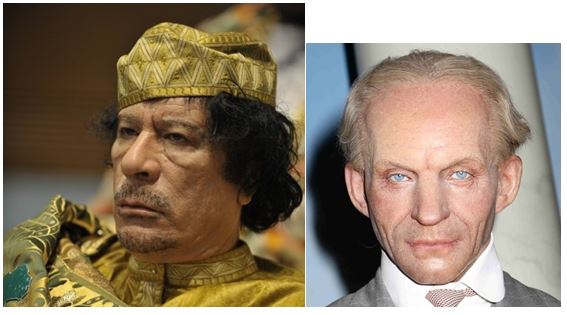 World’s richest people of all time: Microsoft founder Bill Gates tops the Forbes World’s Billionaires list again with a net worth of $79.2B. Gates is followed by Mexican business telecom magnate Carlos Slim Helu who has a net worth amounting to $77.1B, trailed by American businessman Warren Buffet with a net worth of $72.7B. Their net worth may seem unimaginable to ordinary people like us, but did you know that there are individuals who lived before them who had more wealth than these three richest billionaires in the world?

Ghanaian big girl breaks the internet as she flaunts her…

Discover the list of 10 people who are wealthier than those in the Forbes World’s Billionaires List in the next pages. You probably remember him from your history classes, or besides the fact that he founded Vanderbilt University in Nashville, Tennessee. Cornelius Vanderbilt is an American businessman who established his empire by building railroads and shipping lines.  He began his business with one boat that served as a passenger ferry before eventually expanding his steamship company. In the 1860’s Vanderbilt also started to purchase railroads starting in New York and expanding to the western states in the US. He was the one who urged the construction of the Manhattan Grand Central Depot in 1871, which was replaced by the popular Grand Central Terminal in 1913. During his time, Vanderbilt was known to accumulate an estimate of $185B. He died at age 82 in his home in Manhattan, leaving most of his wealth ($100B) to his son, William.