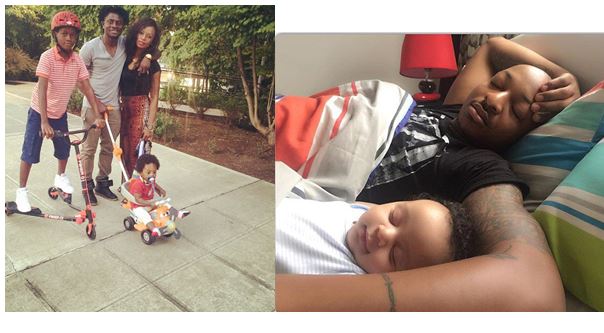 Nigerian celebrities with multiple baby mamas: Having several baby mamas seems to be the in-thing in our entertainment industry. It has become a sort of bragging right among popular celebrities who are all proud fathers with no legal wife. We bring to you 8 Nigerian male celebrities who have had kids with several women. Enjoy Let’s give it up for football player, Obafemi Martins who is the proud dad of three boys with three different women and he isn’t married to any of them.

Obagoal welcomed his last son with Balotelli’s sister, Abigail Barwuah and they live together. He probably deserves an award, the Special Adviser to the Oyo State governor on Youths, Abolore, has children from three different women. The singer welcomed a child, Zion with his ex-wife Toni Payne in 2008 and his fiancé Olasunkanmi Ajala welcomed their first child together, a baby girl in 2014.

Asides all this, he also had a set of twin girls with his ex-girlfriend Victoria ‘Vicky” Godis thus making him a baby daddy of four kids from three baby mamas.