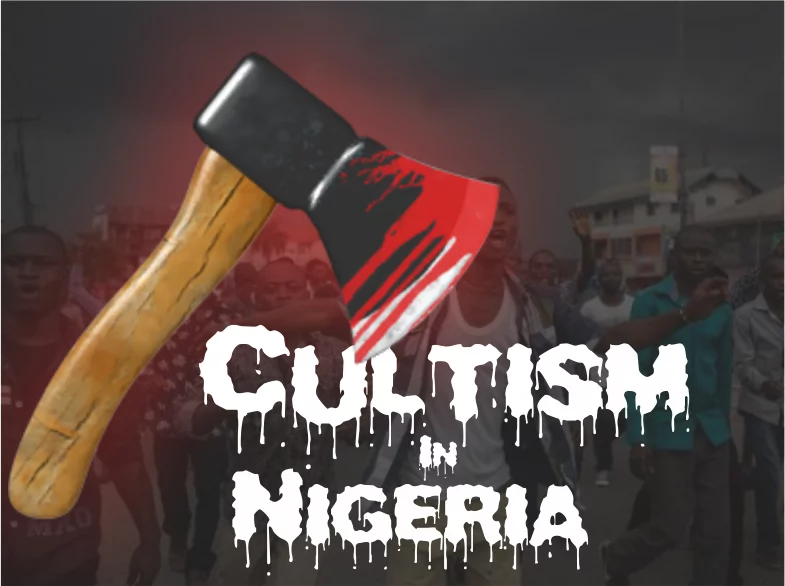 Top 10 cult groups in Nigerian Universities: Why are cults so popular among the youths nowadays? What are the main types of cultism in Nigeria and what symbols do they have? Let’s look through the essence of each of them! It is possible that lot of people don’t even know that there is a list of cults in Nigeria, which usually thrive at universities and even outside of campus. The main reasons of why some people become members of such movements are the lust for the power, riches, and prestigious status in the society.

According to the Oxford Dictionary, cultism can be described as a religious or social group whose beliefs are secret, individualistic, and esoteric. Actually, cultism involves carrying out some ritualistic practices. Usually, cultists share some common objectives and ideas. So, they are unknown to the society and also, some cult leaders’ true intentions are unknown even to the members of the particular cult. So, let’s summarize the main characteristics of cultism:

1) it is a spiritual or religious practice;

2) it is a secret practice;

3) it is practiced by a group of individuals;

4) its policies are unknown to the general public;

5) it has an impact on the lives of the individuals;

6) it’s people have a common value.

The first cultism movement in Nigeria was called “Pyrates”. It was founded in 1952 by Nobel Prize winning author Wole Soyinka and his friends. Later they were called “Sea Dogs”. After some time, another kind of community was created. These are what we known today as “secret cults”.

Types of cultism in Nigeria and their symbols

So, let’s look through the main types of cultism in Nigeria and their symbols. Some Nigerian confraternities do not hide their symbols, while others keep them in secret and only members of that cult know what they are.

As we have already mentioned, it is controversially the first “secret cult” in the Nigerian University System. Its two main symbols are a skull, two cross-bones and an anchor. The cult’s purposes are: “against expiring convention, tribalism, for humanistic ideas and partnership and knighthood.”But their hay days soon ended when the Buccaneers branched out from them.