Untold story of Nigeria’s King of Money, Victor Okafor, EzeEgo 1 of Ihiala – How he died, His kids, mansions & more (Photos) 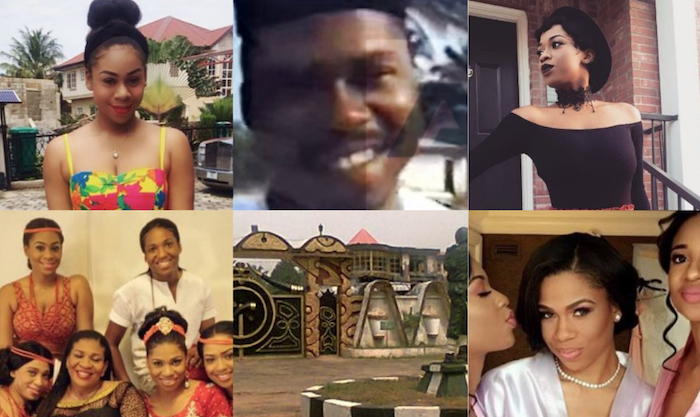 Victor Okafor: Here is the story of a man of many sides, Chief Victor Nnamdi Okafor, the Eze Ego (King of Money) I of Ihiala a.k.a Udu Bunch a.k.a The Young Millionaire, the Igbo tycoon who died tragically at a time he was to be celebrating his birthday. Mention Victor Okafor and no one will twitch a muscle. But mention Ezego, King of Money and you will see the eyes of many Nigerians light up with excitement. He would have been one of Africa’s billionaires. He was fair-skinned, spoke softly and warm smiles danced on his chubby cheeks accentuated by a not-too-bushy moustache. He was relatively very young but as at that time, he was very well-known and duly respected in the Nigerian business society.

Here is the story of a man of many sides, Chief Victor Nnamdi Okafor, the Eze Ego (King of Money) I of Ihiala aka Udu Bunch aka The Young Millionaire, the Igbo tycoon who died tragically at a time he was to be celebrating his birthday.

EARLY DAYS, EDUCATION AND GROWING UP A first son and a native of Uzoakwa, Ihiala in Anambra State, the late Ezego was born on the 25th of December, 1964. Ezego’s story is often touted as one of the classic rags-to-riches stories in Nigeria. He had his primary school education at the Uzoakwa Primary School but he was forced to drop out in the secondary school, Abbot Boys’ Secondary School, Ihiala and eventually took to business.

His childhood was a very traumatic one and at a point, his own father reportedly disowned him when he was nabbed for being a member of a robbery gang that showed Onitsha traders hell on earth .

THE ESCAPE, BUSINESS AND MAKING MONEY

While some of his fellow gangsters were caught and punished, Ezego fled to Umumeni Village where his angry father was said to have driven him out. From there, he went to Umuduru, his mother’s village. However, things were not rosy for him at Umuduru and in 1989, he decided to move to Lagos where he joined a mentor. What happened years after that remain shrouded in mystery but the next time the world would be hearing of Ezego, he was already a multimillionaire, one of the crème de la crème of Lagos.

In Lagos, he set up the Ezego Shopping Complex on Allen Avenue (there was also a branch in Abuja) and also the Ezego Plaza on the Murtala Muhammed International Airport Road. From these spots, he operated and controlled one of the biggest electronics store in Nigeria. His other companies were Vic-Winners International Limited, Ezego Nigeria Limited, Ezego Holdings Limited, Vitex Zinc Co. Limited and Ezego Properties Limited.

All I wanted was a fling when I met him on Facebook, but I got hooked after we “DID IT”, now I am frustrated