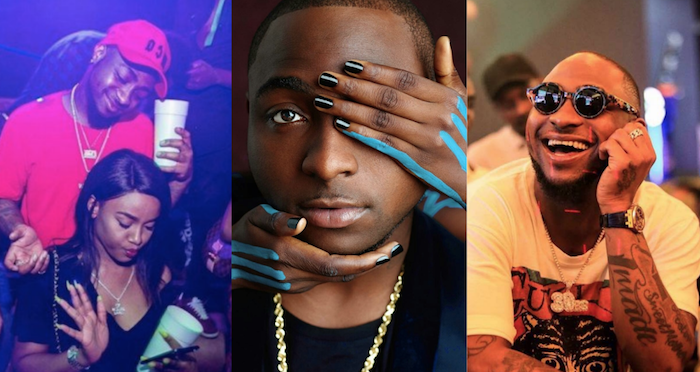 Right from time immemorial, most artiste are always in charge of their song creation. From the recording of lyrics to the final input, the artiste is the executive producer of his work. However, we’ve witnessed artistes selling songs or co-writing songs for each other. Beyonce bought the smash hit “Irreplaceable” from Neyo, Rihanna got “Diamond” from Sia and the list is endless.

Back here in Nigeria, the case is different. Most artistes write their songs as these artistes know what it takes after being bred and educated during their early years. But there are artistes who have to rely entirely on the output of their ghostwriters and songwriters for them to make any meaningful music.

Example of such is Davido (No Offence).

Let’s see scenarios where Davido has had to rely on his ghostwriters. Davido‘s 2014 hit was written by Runtown. Even though Runtown had denied it, everything about the song speaks Runtown.

From the lyrics to the producer which was Tspize, Runtown’s favorite producer, the sing was 100% Runtown hands down. For those who don’t know, one of Davido‘s new acts, Peruzzi wrote Fia and Fall.

The reports that went round was that Peruzzi was Davido’s Ghostwriter and Davido decided to make him an integral part of his record label and also give him recognition by signing him to the record label. We all know the story behind this song. Apparently, while Dammy Krane was still languishing behind bars in the US, Davido bought the song “Pere” from Dammy Krane.

Dammy Krane had earlier recorded the song with Producer HOD and it was one of those songs in Dammy Krane’s archives but after signing on to DMW and also in a bid to pledge loyalty and stay relevant, he sold the song to Davido.

The song received a mash-up from DJ Mustard and had HOD ranting on Twitter about his loss. Originally sang by General Pype and produced by Shizzi, Davido probably heard the song and fell in love with it. He reached out to Pype and offered to pay over a million Naira for the song.

Pype whose career has suffer a bit of recession decided to sell the song to Davido. Davido recorded the entire thing with his frog voice and made it the lead single of his 2016 EP, Son of Mercy. Davido‘s last hit for 2017 “Like Dat” was one of those songs that was slept on in 2017. Most amazing fact is it was written by Tenie TheEntertainer.

Days before it was released, Teniola tweeted that The song was written by her and gave Davido a shout-out for giving her a chance. While many won’t believe this, If was written by Tekno. Produced by Tekno, evidence gives that Tekno Miles wrote IF due to the simplicity of how the song is sung/written.

Tekno has similar songs such as Pana and Diana that contain the simple style as If.

With all this pointed out, one really needs to ask ?

Can Davido Ever Write Any Of His Songs By Himself