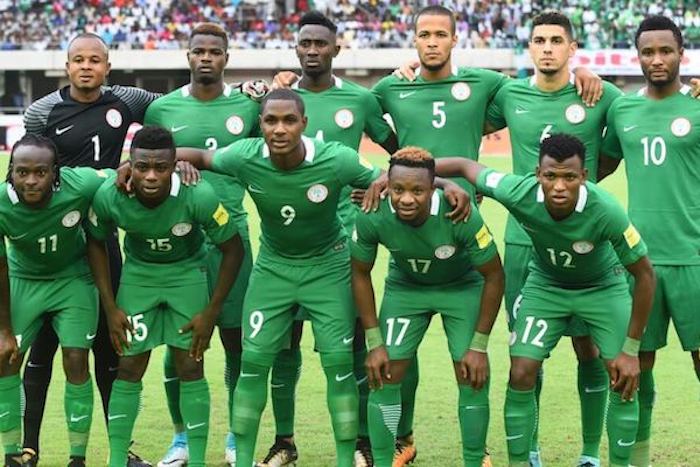 With the football World Cup in Russia just weeks away, Nigeria got a bit of a pleasant surprise when FIFA announced that they would be giving an advance prize money of around $2 million USD to the team. The Nigeria Football Association, in a statement, said that the money would be useful and used to ensure that players focus remain solely on the pitch and nowhere else.

The cash is expected to help not just Nigeria though, but other African countries as well, including Egypt, Morocco, Senegal and Tunisia, as they help prepare for one of the biggest tournaments on Earth.

In fact, football is popular as ever in Nigeria, with many joining online sports betting sites with the Bet9ja promotion code.

It should be remembered that the Super Eagles has had payment disputes earlier, like back in 2014 when there was the infamous dispute during the Confederations Cup. We are sure fans wouldn’t want a similar incident this time round, and the money could go a long way in ensuring just that. There shouldn’t be any bonus row this time around in Russia, and unlike past times, it shouldn’t be a worry now, according to Ademola Olajire, who is the NFF spokesman.

We should also remember that it was only last year when the NFF had signed an agreement with the players to ensure that there aren’t any bonus rows in the future, as it could badly reflect on the image of African football.

The Other Matches You Would Have Loved this Season

The football season has been great, and we will take a look at some of the other football matches you would have loved this season.

This match with one of the highest Premier League crowd was another nail-biter. With the first goal scored in mere 4 minutes of the start of the game, the Tottenham man kept the game interesting till the very end. Harry Kane played at his very best and gave Liverpool no chance of a comeback even after the goal scored by Mohamed Salah.

The team of Liverpool brought their A-game to this match and scored goal after goal to build a towering lead of 4-1 against the City Men. The later strikes from Bernardo Silva and Ilkay Gundogan, too, weren’t enough to shake up the work done by Mohamed Salah, Roberto Firmino, Sadio Mane, Alex Oxlade-Chamberlain. The match finished at a good 4-3 in the favor of the reds.

The season opener and arguably one of the most thrilling matches this season set the bar high for the rest of the games to come. The game saw some game changing play in the last seven minutes of the match. With a score of 3-2 leaning towards Leicester, Aaron Ramsey quickly turned it into a tie in a matter of two minutes. With only 5 minutes left, Olivier Giroud sent all the Arsenal fans into frenzy with the winning goal.

And it’s just the beginning of an exciting season of football! Now that Nigeria’s bonus row seems to be sorted, which match are you looking forward to in the World Cup?