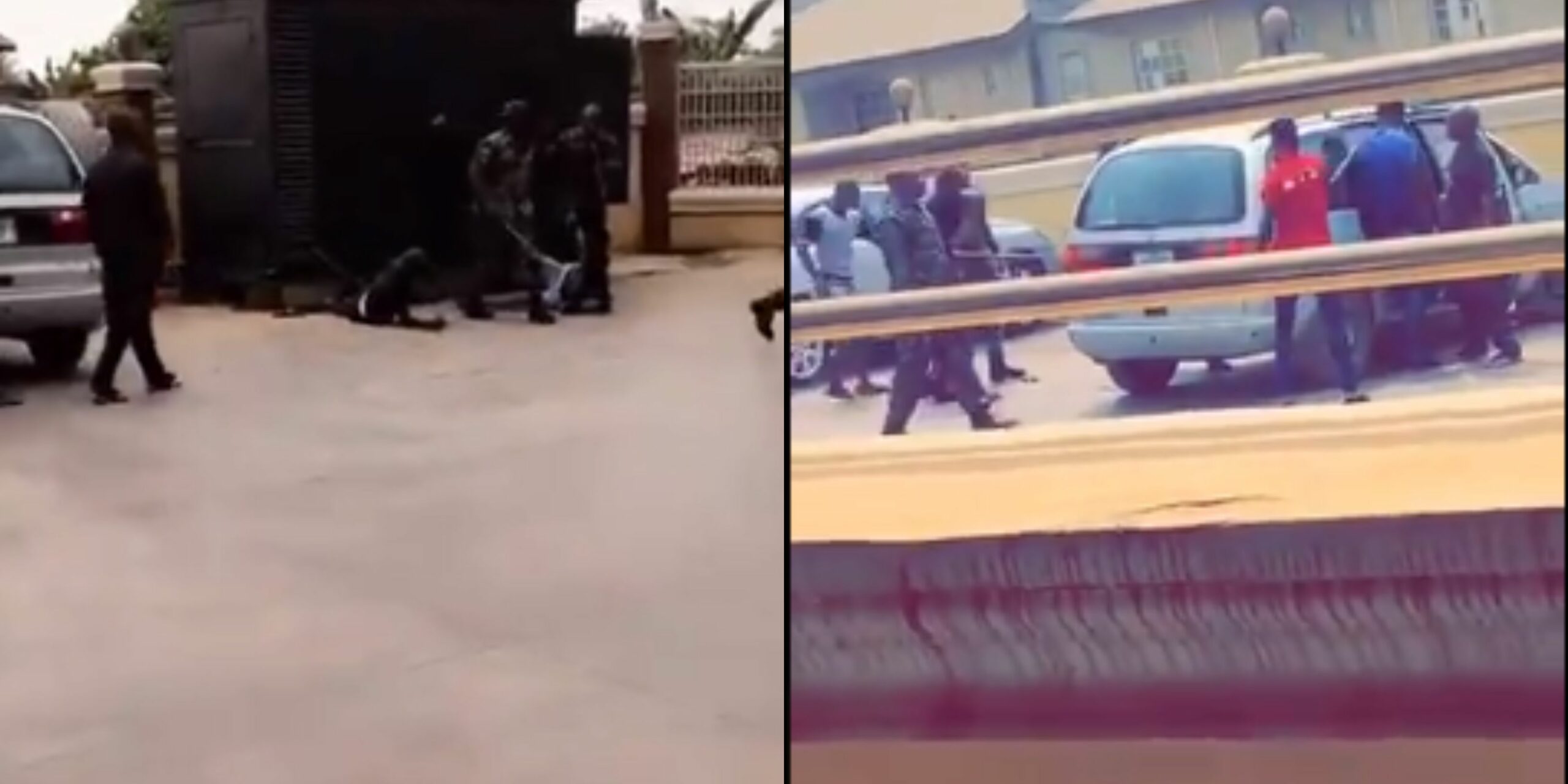 A video fast trending on social media shows the men of Special Anti Robbery Squad flogged by men of the Nigeria Army for allegedly trying to raid a hotel. The video shared on twitter by usee identified as Isaac Jesumbo has got the attention of Nigerians after SARS operatives reportedly tried to raid a yet-to-be-identified hotel owned by A colonel.

The SARS officers were made to lie on the ground while the soldiers took turns in flogging them to a pulp. A lot of Nigerians found solace as they took to the comments sections chant ‘One-day bushmeat go catch hunter’ amongst other sayings.

Retweet till everybody sees this😭😭

VIDEO: Millitary men gave SARs officials the beating of their lives after attempting to raid a hotel that belongs to a Colonel. 😭😭😭 pic.twitter.com/R03CtvBAKD

Today, February 20, 2020, SARS officials allegedly fired gunshots which hit two petty traders who were carrying out their trade in their shop at the Olomore Market.

According to reports, operatives of the Special Anti-Robbery Squad of the Nigeria Police Force ran into the market while engaging an internet fraudster also known as Yahoo boy, in a hot chase when they opened fire in the market.

The stray bullets hit two traders who were pepper sellers. One was reportedly shot in the head and the other was shot in the leg.

The traders are currently being treated in a nearby hospital and others who sell in the market took to the street to protest against the incident caused by SARS.