Mike Tyson has now reacted to viral reports that he is searching for suitors to marry his daughter and get $10 million. The report claimed that the retired boxer noted that he’s willing to give out the mouthwatering sum to any man who would ask for the hand of his eldest daughter, Mitchell in marriage.

A Comedian Michael Blackson approached Mike Tyson via Direct message on Instagram telling the retired boxer that he is ready to settle down with his daughter because of the reward. He shared a screenshot of the news report and indicated interest in marrying Mitchell Tyson.

Blackson wrote: “Where she at? I’ll tear her a** up then go shopping plus she’s kinda cute.” 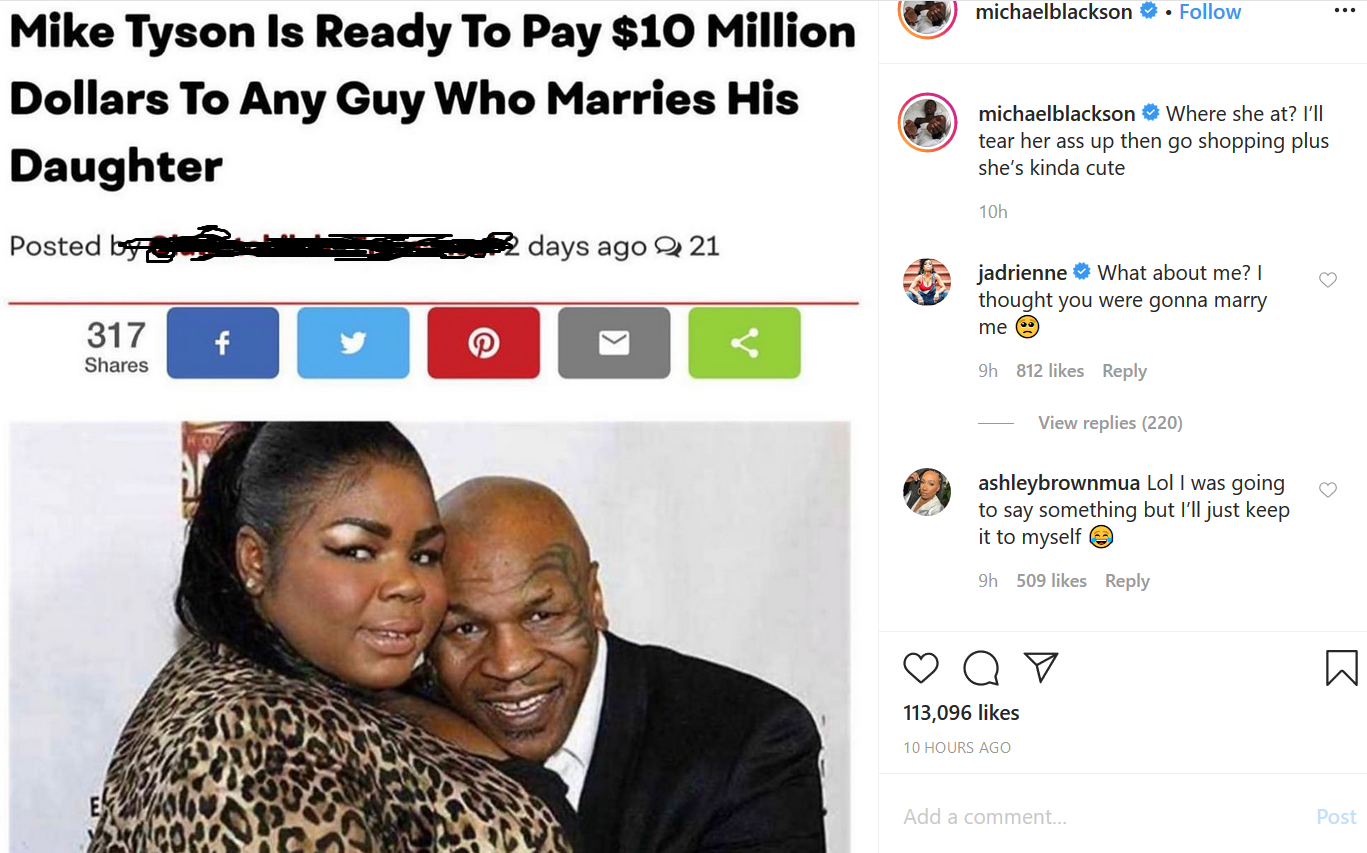 Blackson further amused his followers by sharing screenshots of the message he claims he sent to Mike Tyson to show his interest in his daughter and the reply he got from Tyson. 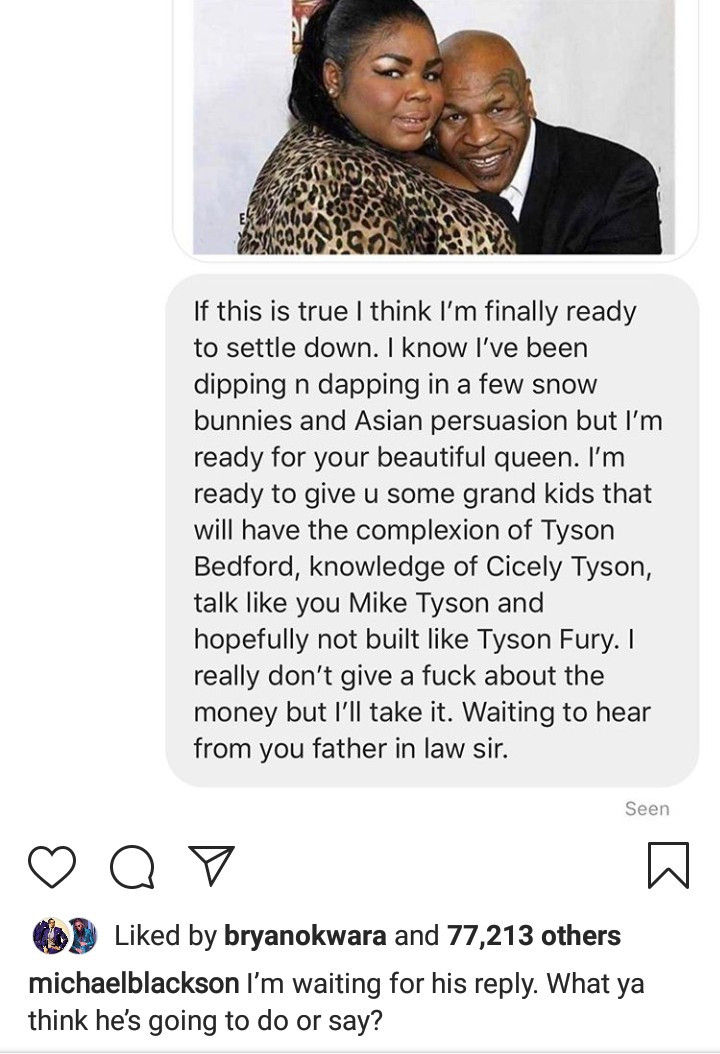 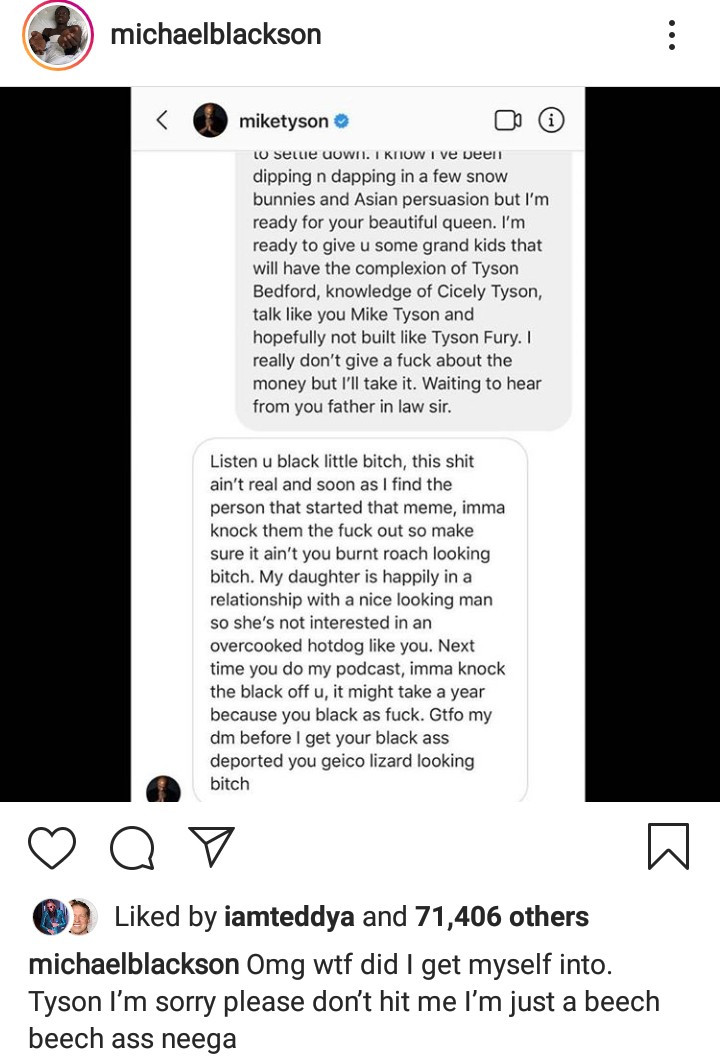 12 celebrities who resurrected their dying careers (With Pictures)