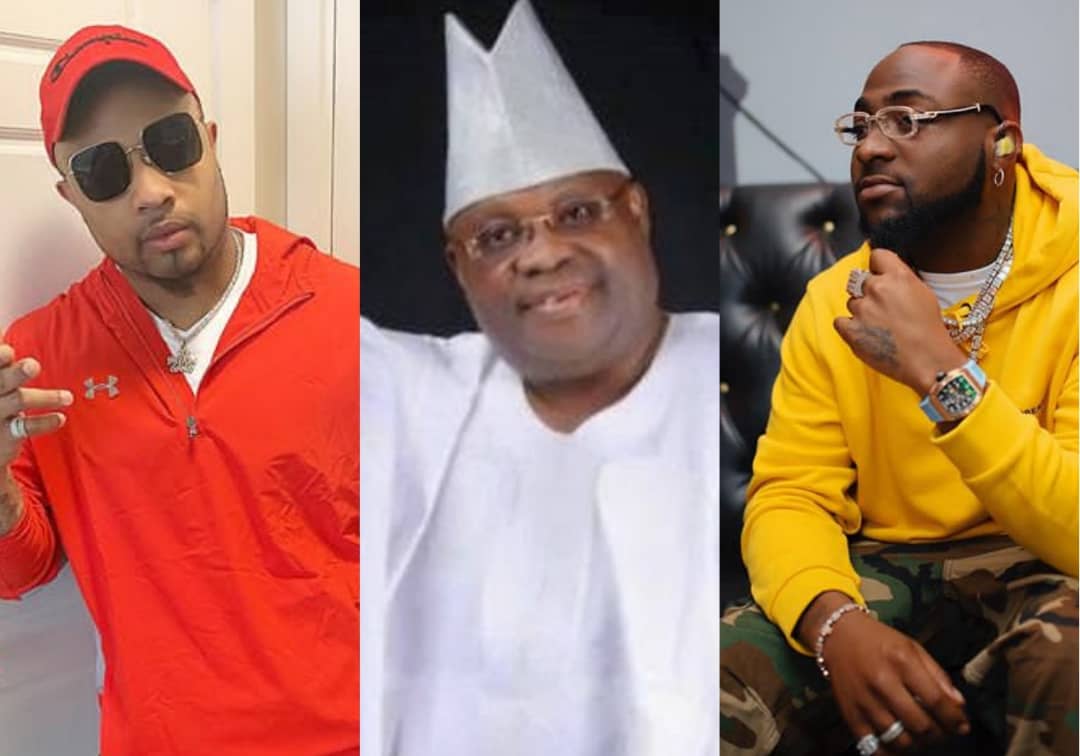 Nigeria music stars, Davido and Bred visited the grave of their late uncle, Isiaka Adeleke and made sure their presence were felt.

Davido and Bred were spotted at the grave yard surrounded by members of the DMW crew checking the areas where their uncle was buried in Ede Osun State.

He was a two time Nigerian senator who represented the People’s Democratic Party (PDP) in Osun State from 2007 to 2011 and was elected again under the banner of the All Progressives Congress in 2015.

He became a member of the Nigerian Senate in 2007.