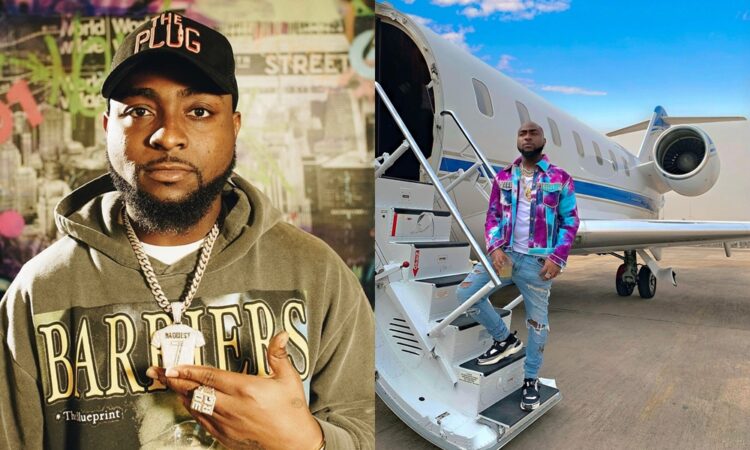 Nigerian singer, David Adeleke better known by his stage name, Davido recently took to social media to address claims that he helps people only for the attention it gets him.

In a recent Instagram post, he admitted that if helping people for clout still changes lives, then he loves clout.

In his words: “If helping people for clout still does the job and saves lives then I love clout. FEM” 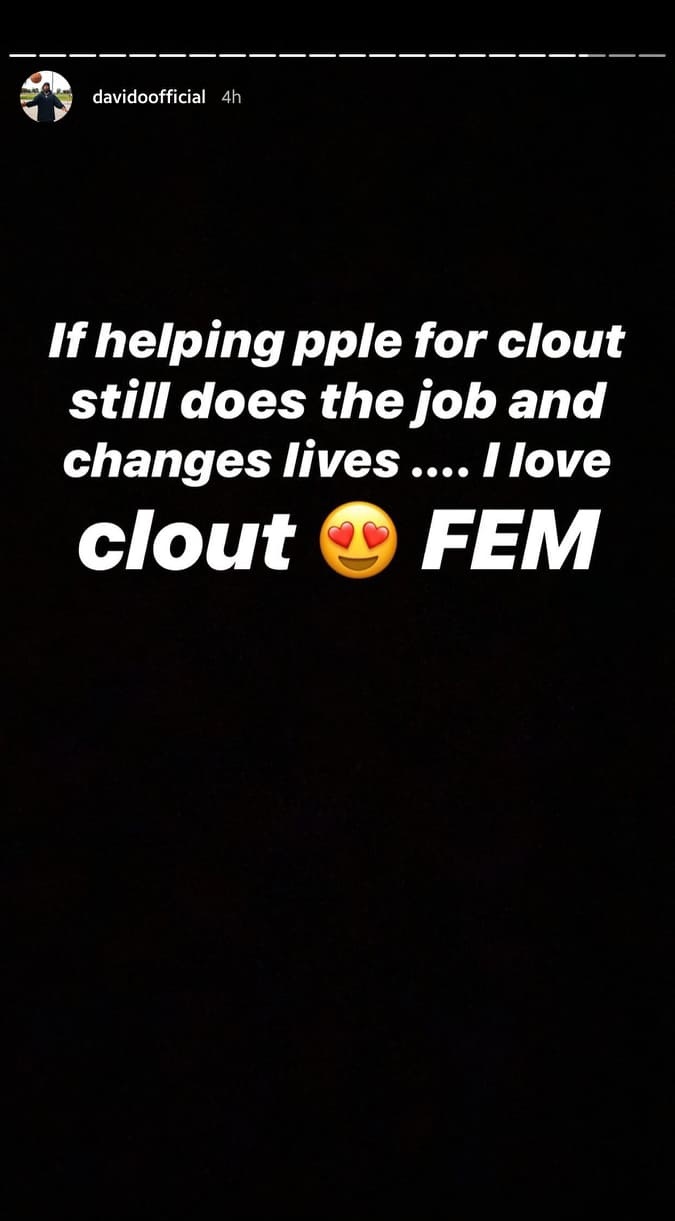 Davido has been dubbed the title for long time now but it became even more prominent few days ago when the singer weighed in on the Cynthia Morgan vs Jude Okoye talent management saga.

A lot of anti-Davido social media users were of the notion that the music maestro was only chasing clout and was never going to help the songstress dwindling career as he had promised.