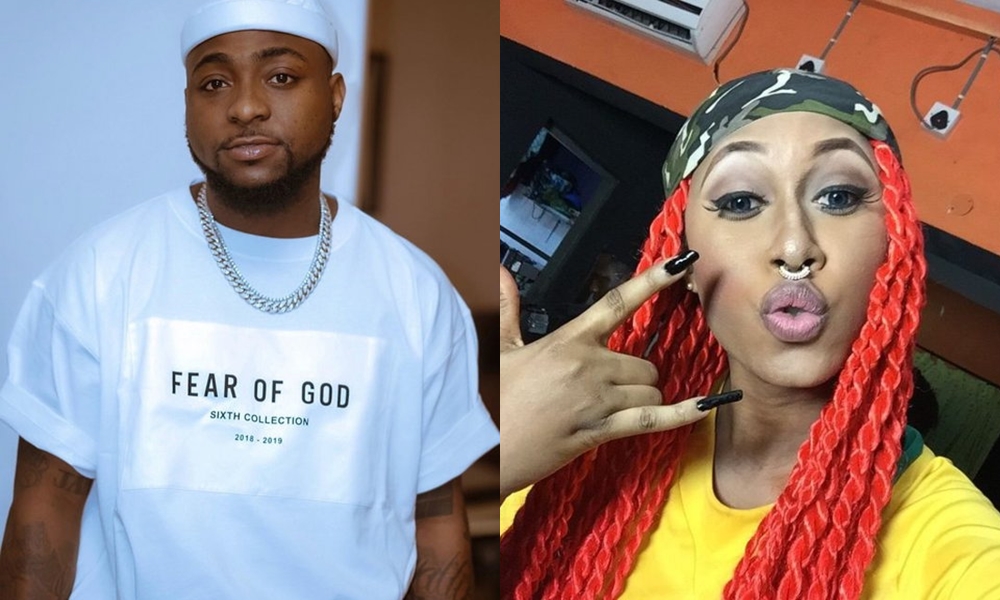 Davido has opened up on why he decided to help embattled songstress, Cynthia Morgan who recently revealed she’s suffering from depression because of her dwindling career.

If you recall, Cynthia Morgan recently revealed that her former record label boss, Jude Okoye was the reason for her career crash as he’d been stealing most of her rights.

Her plight appealed to some celebrities who reacted by lending support to ensure she gets her career back on track.

Isreal DMW gives an update on Davido and Chioma’s…

One of these celebrities is Davido who offered to help her by featuring her on a new song he’s working.

“Tell Cynthia I got an anthem for her ….. I’ll record my verse now” he shared.

Davido’s gesture sparked a lot of reactions as while some people were awed by his generosity, others accused him of being a clout chaser. Some were even perturbed as to why he’d helped the songstress given that some years back, she was hostile towards him.

Davido has now come out to explain why he decided to help Cynthia Morgan despite the singer insulting him years back.

“Most important thing is that she has spoken and people are willing to help and she can be able to rewrite her steps and have another chance. That’s all that matters”, he wrote.

“It’s easier said than done, I may not have all the answers, it is a sad situation for both parties, hoping they both can work something out”.

She also revealed how much of a “huge fan of Cynthia Morgan” she is and how she “can’t deny the genius that Jude is too. We just want music”.