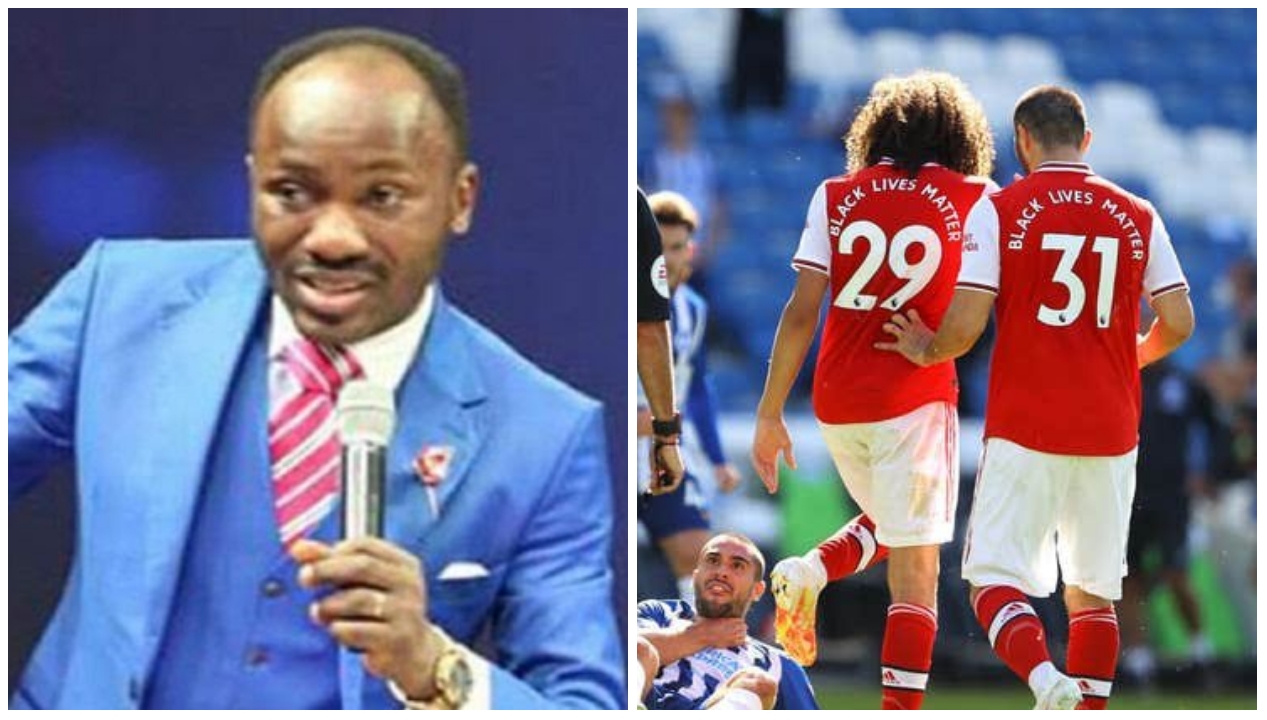 Apostle Johnson Suleman of Omega Fire Ministries OFM in a recent statement has reacted to Arsenal’s defeat to Brighton in the EPL on Saturday.

According to Apostle Suleman, Arteta featured a weak team against Brighton, adding that most of the players the Spaniard selected are not on the premiership level.

Arsenal, who lost 3-0 at Manchester City on Wednesday, took the lead through Nicolas Pepe in the second half at the Falmer Stadium.

However, Lewis Dunk forced the ball in for 1-1, before Neal Maupay grabbed the winner late on for the host.

“When I complained about Arteta, Gunners said I should calm down,” Apostle Suleman wrote on his Twitter handle.

“It’s not about the board, please.”

“Arteta has weak selections. Most of the players that were featured are not on premiership level.”

“How could you lose to a team that’s in the relegation zone? For a major match, you use consolidated players, not ‘experiments’.

See also; I can no longer stay in a toxic relationship – DJ Cuppy says goodbye to Arsenal after another defeat to Brighton