Arjen Robben comes out of retirement; returns to boyhood club 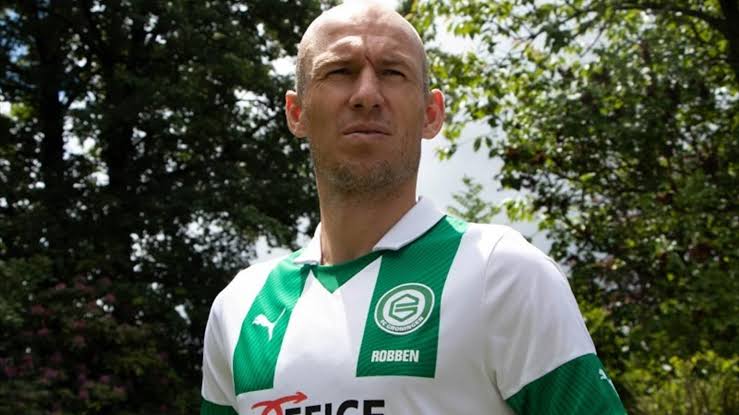 Legendary football player, Arjen Robben in a latest statement has revealed he is coming out of retirement to sign for his boyhood club FC Groningen once again.

The Dutch star, who retired last summer after ten trophy-laden seasons with Bayern Munich confirmed his latest decision in a video on Twitter.

“I was 12 years old when I started playing in FC Groningen’s youth academy.

“I made my home debut against Feyenoord when I was 16.

“After two years I made a transfer to PSV Eindhoven.

“After a wonderful adventure of 18 years, we’re coming home.

“We’re coming home in this difficult time of crisis, one that also hits FC Groningen.

“It’s great to see how everyone supporting the club, I’ve supported the club as well.

It made me think about what else I could do for our club.

These past few weeks I’ve had many conversations with club staff and maybe more than anything I’ve listen to the call of our supporters.

“A comeback as an FC Groningen player, I started to play with this idea and now I’ve made it my mission!

“I want to make my comeback as a football player, a player of FC Groningen,” Robben said in the clip shared by the FC Groningen.

Robben, however, admitted the return to top-flight football will be a “tough physical challenge” but he is adamant he will be in for the first training session for the new season.