Chioma is a Chef, God will punish anybody that says the way to a man’s heart is through his stomach – Nigerian man reacts to reports of Davido’s 4th child with a make-up artist 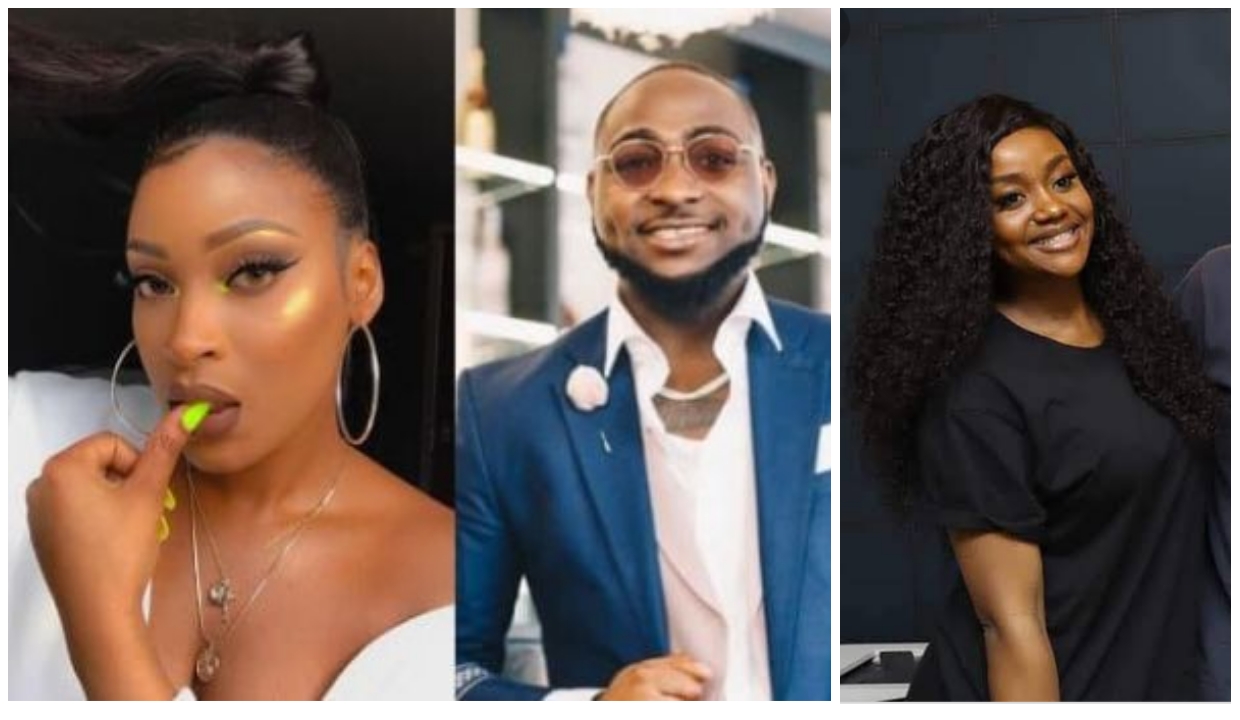 Rumours have gone viral on social media disclosing that DMW label boss, David Adeleke Davido has reportedly welcomed a baby with his secret lover based in London.

Following the report, Nigerians took to social media to react, however a Nigerian man seems to be more pained with the situation as he slammed people who say the way to a man’s heart is through his stomach. He stressed that Chioma is a Chef but Davido cheated on her with a make-up artist.

He said, “Chioma is a CHEF yet Davido Went ahead & cheated on her with Larissa who’s a Make-up artist. God will punish anybody that will come & tell me that the way to a man’s heart is through his stomach. A confused man will always remain a confused man. This has nothing to do with food.” 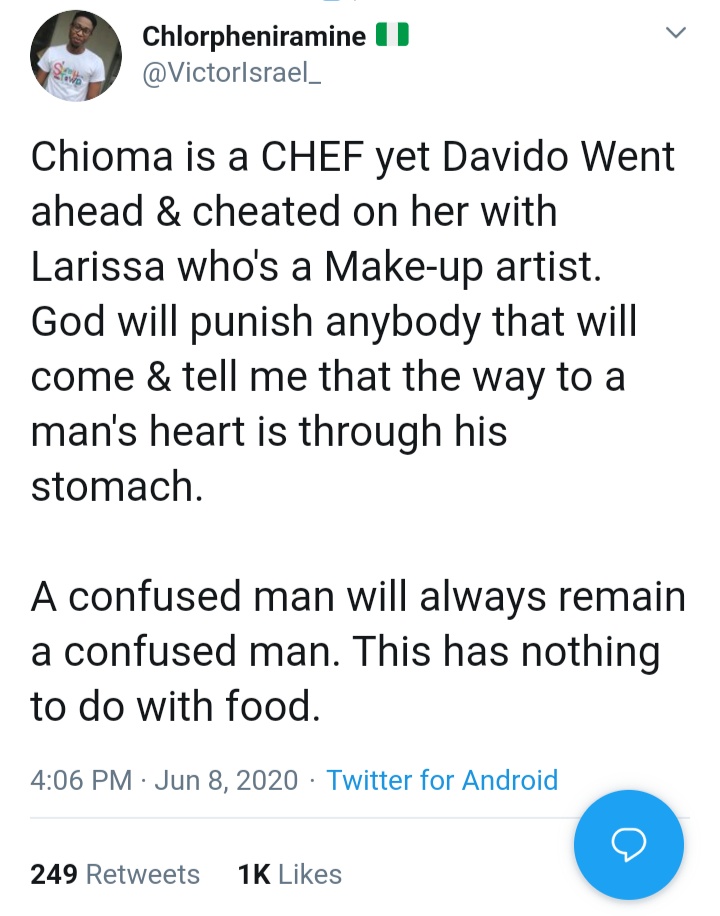 Reno Omorki reveals how an American lady reacted when she saw Kanayo Kanayo, thinking he does ‘Juju’ in real life as he does in movies