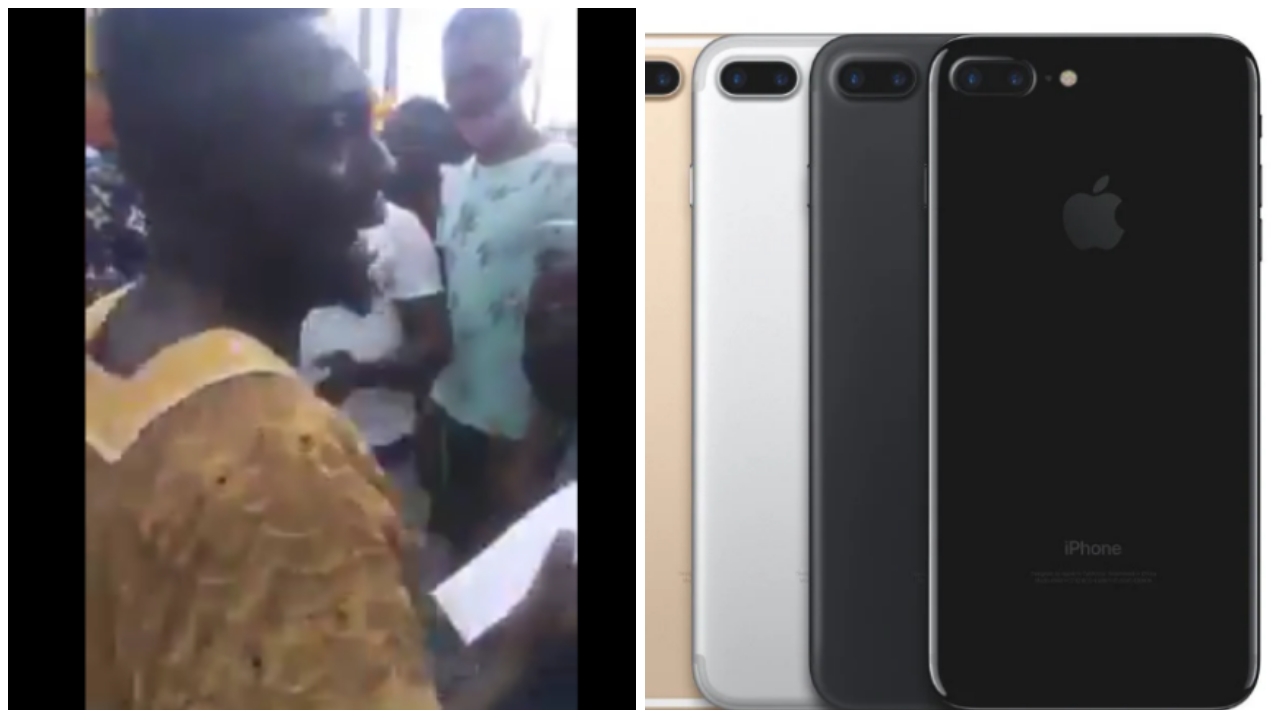 A video has surfaced on social media which showed a Nigerian man being scammed of twenty thousand naira.

According to the narration from the video, the man tried to buy an iPhone 7 for 20k, however instead of getting the phone he was handed a carton full of fufu.

People who gathered around him were however amazed as to how he wanted to buy an iPhone 7 for 20k with some calling him names. He was already in tears and unable to respond to them as he dawn on him he had been scammed.

However, comments on Twitter disclosed that the said man is a comedian and the video was staged.

Whether staged or not, it is a lesson to learn from as people have experienced this in the past, there have been reports by people in the past, where they got a carton of fufu or garri instead of the phone they purchased.