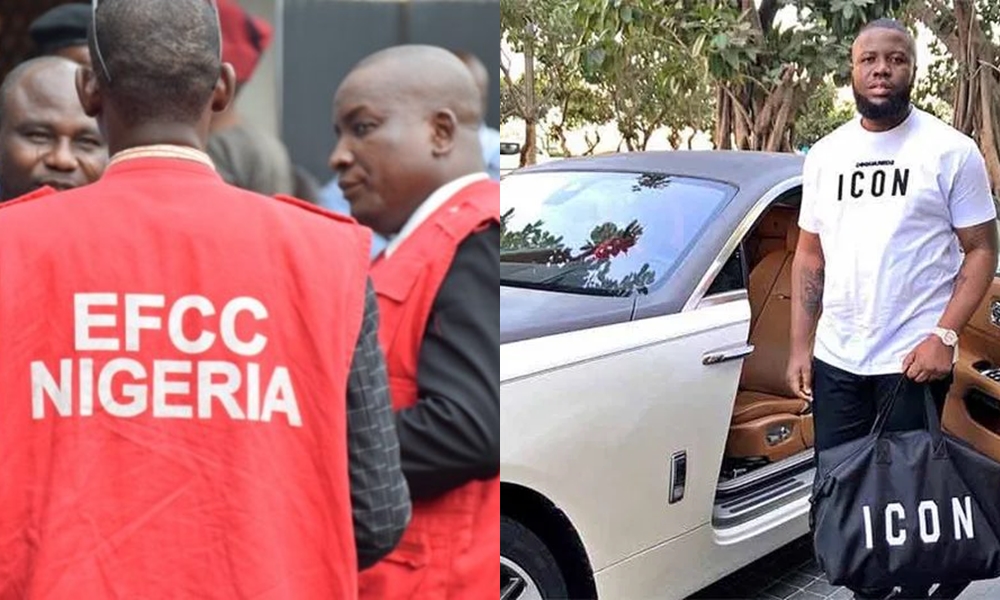 The Economic and Financial Crime Commission says it was not involved in the arrest of popular Nigerian Instagram celebrity, Raymond Igbalodely popularly known as Hushpuppi.

The disclosure was made by the chairman of the anti-graft agency, Ibrahim Magu, Premium Times reports.

The EFCC boss said the anti-graft agency is not all about arrest and prosecution of internet fraudsters but also involved in rehabilitating the suspects.

In an interview on TVC News Journalists Hangout, on Friday, June 12, Magu said: “We are yet to be involved in the case of Hushpuppi, but if they happen to give us this thing (details) we would assist.”

He said: “We are not all about arresting, prosecuting and chasing of internet fraudsters, and taking away the proceeds of their crime, but we are also trying to see wether we can rehabilitate them. “Because most of this boys are either undergraduate or graduate from higher institutions, so they can be better people to our country. “The menace of Yahoo boys is also a course of concern, we are collaborating with other law enforcement agencies.”

Recall that Hushpuppi was arrested in the United Arab Emirates (UAE) alongside his colleagues by International Police (Interpol) and the Federal Bureau of Investigation (FBI) for alleged fraud.
HOT NOW