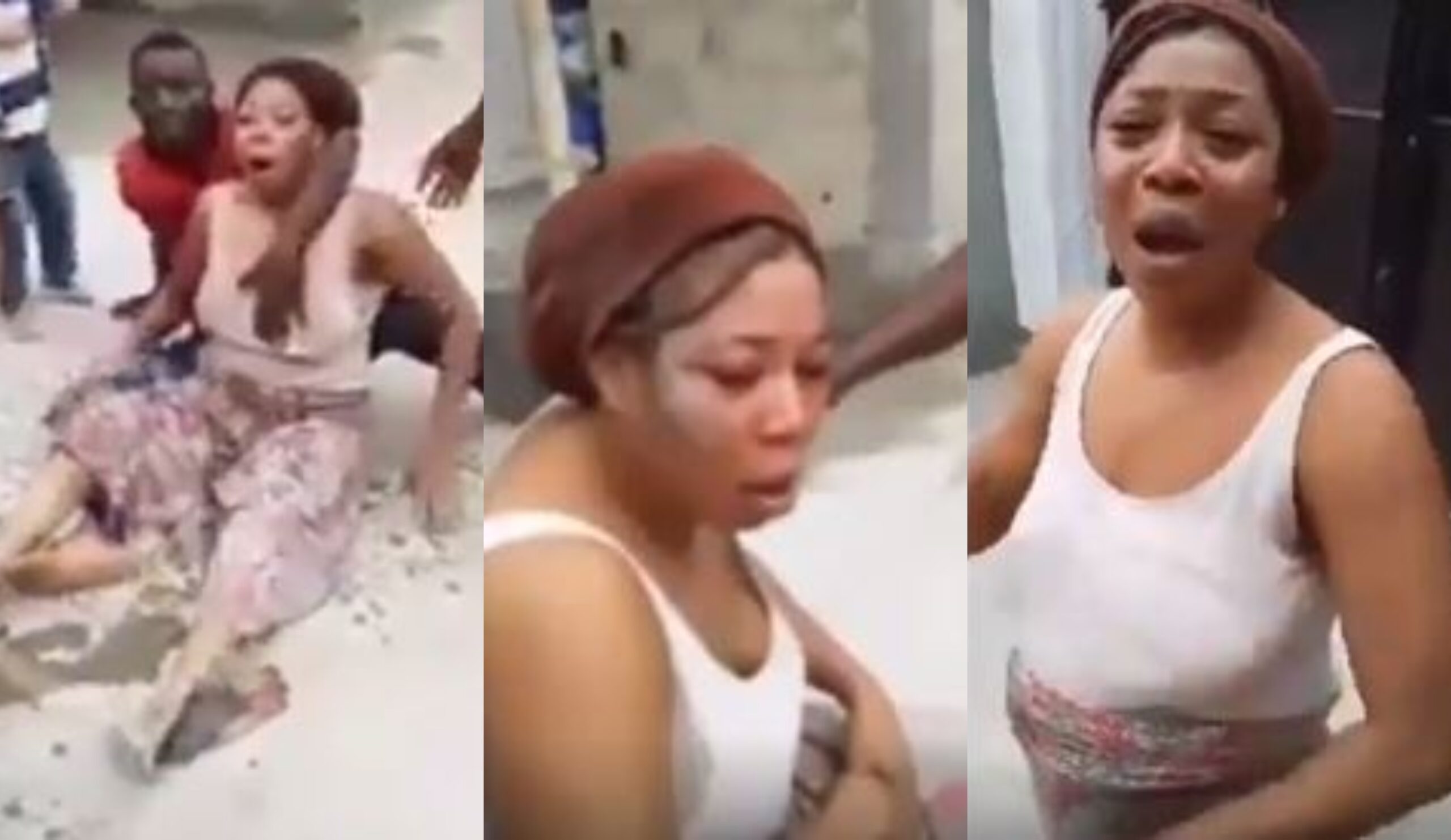 A set of concerned Nigerians have rescued a married woman from the torture of her husband who repeatedly beats her up at any given chance.

Taking a cue from the video, the neighbours hastened to save the life of the woman who was panting heavily and gasping for breath after he husband repeatedly inflicted pains on her for hours in domestic violence that began around 12 midnight.

All concerted effort to resuscitate the woman was a success and she was made to recount her experience in the 6-year-old marriage.

According to the woman, her husband has been a deadbeat dad who only takes care of his siblings to the detriment of his wife and two children. The man whom she claims works at the Apapa Port only listens to his siblings who always tell him that his wife cheats on him.