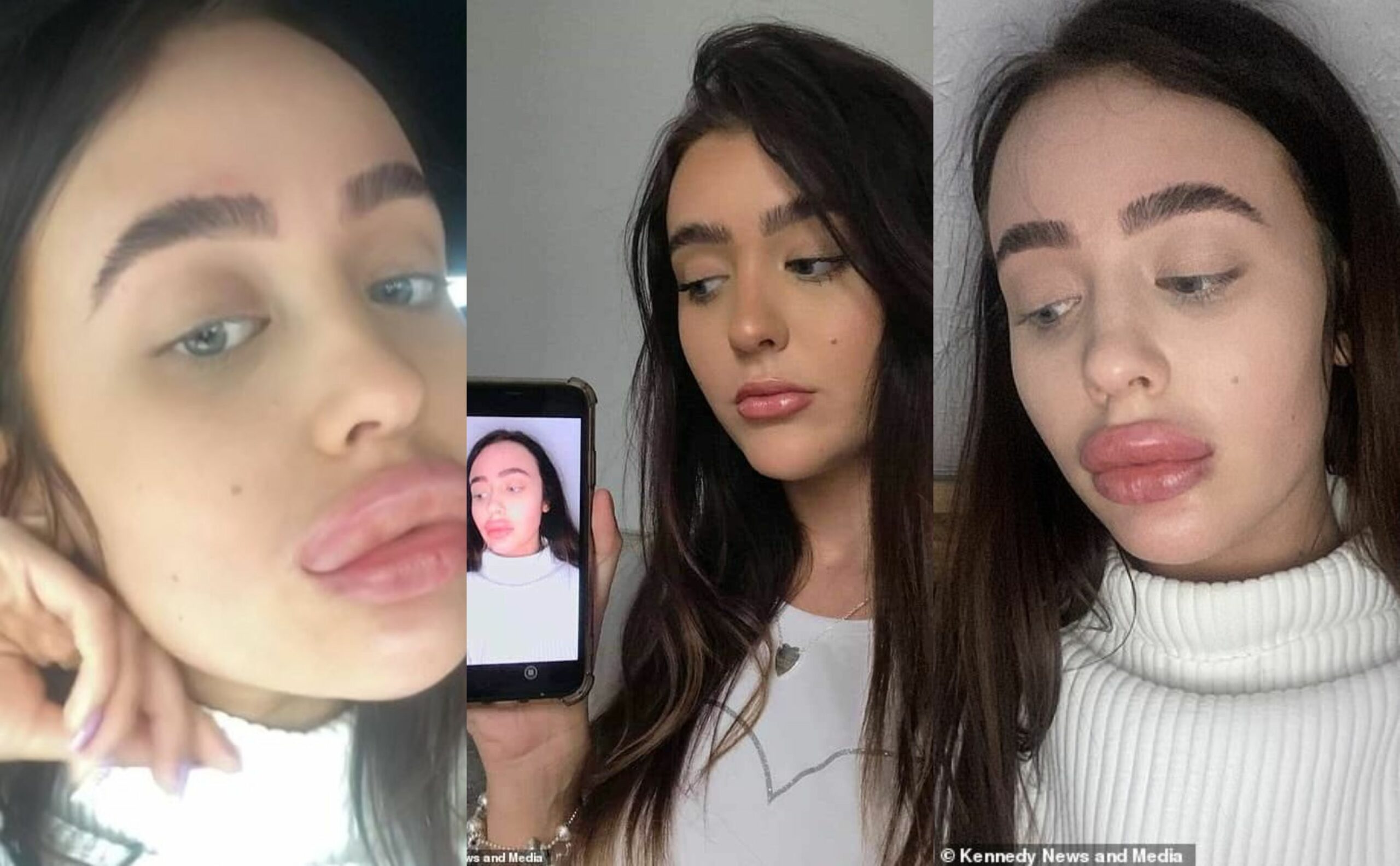 An air hostess has revealed how filler treatment left her with a swollen lip that looked like she had ‘baboon bottom’ lip. Olivia McCann, from Chorley, Lancashire, says her lips were massaged so hard during a dissolving treatment that they “looked like they were about to pop'”.

The beautician reportedly assured Olivia that swelling was normal, but the 21-year-old was so horrified she hid at home for four days and declined her boyfriend’s video calls.

Olivia, who works as a flight attendant, had the treatment done back in March before lockdown and was forced to miss two days of work due to the results of the lip filler.

She claims that this is just one of several filler-related disasters she has experienced at different salons over the past two years and now she’s keen to warn others of what could go wrong.

Speaking about her latest ordeal, she explained: “The woman massaged my lips so hard after putting the dissolver in that they went white, they looked like they were about to pop.

“My lips were triple the size they should be. When I went into the reception to pay the people sitting there waiting to get their lips done were probably looking at me and thinking ‘oh my god’.

“I was embarrassed driving home and I had to put my sunglasses on, my lips looked like a baboon’s bum. I didn’t feel like I could go out looking like that so I just stayed at home, it was awful.”

Olivia continued: “I didn’t even want my boyfriend Harry to see me, he was FaceTimeing me and I was declining him. I thought ‘if you see me like this you’ll never fancy me again’.

“I rang my friend and she was in tears laughing saying ‘I can’t believe you look like that’.”

Now Olivia is sharing pictures of her latest ordeal to inspire others to do proper research before having invasive cosmetic treatments after lockdown.

Her lips later returned to their normal size but the experience has not put her off cosmetic surgery. She said she would still go under the needle again.