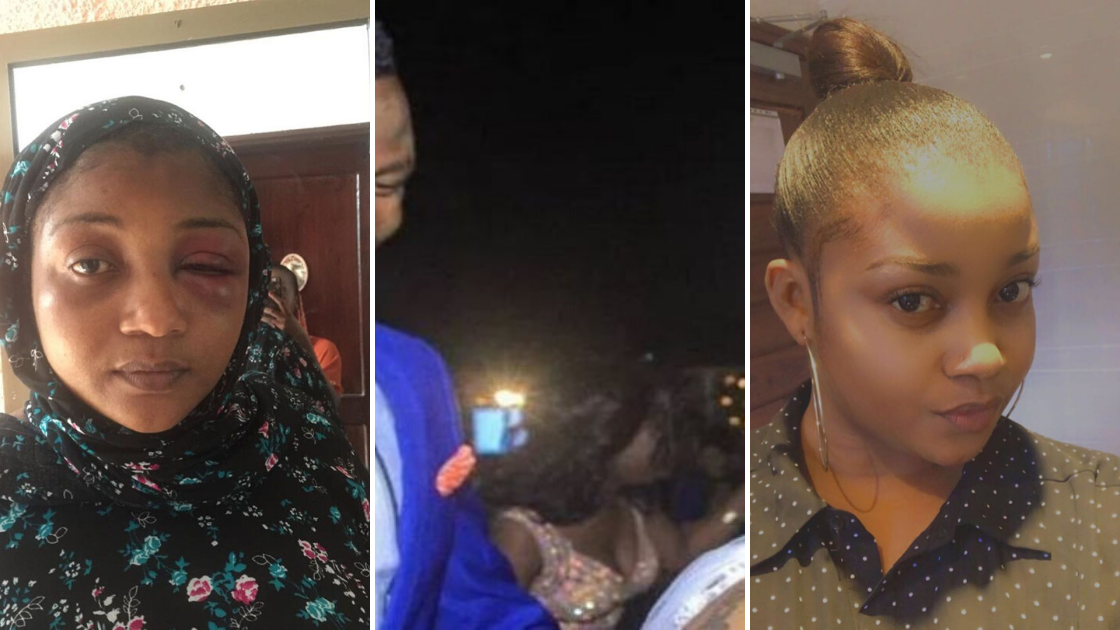 Popular Tanzanian actress, Zena Yusuf Mohammed aka Shilole has disclosed her decision to end her three-year-old marriage over domestic violence. 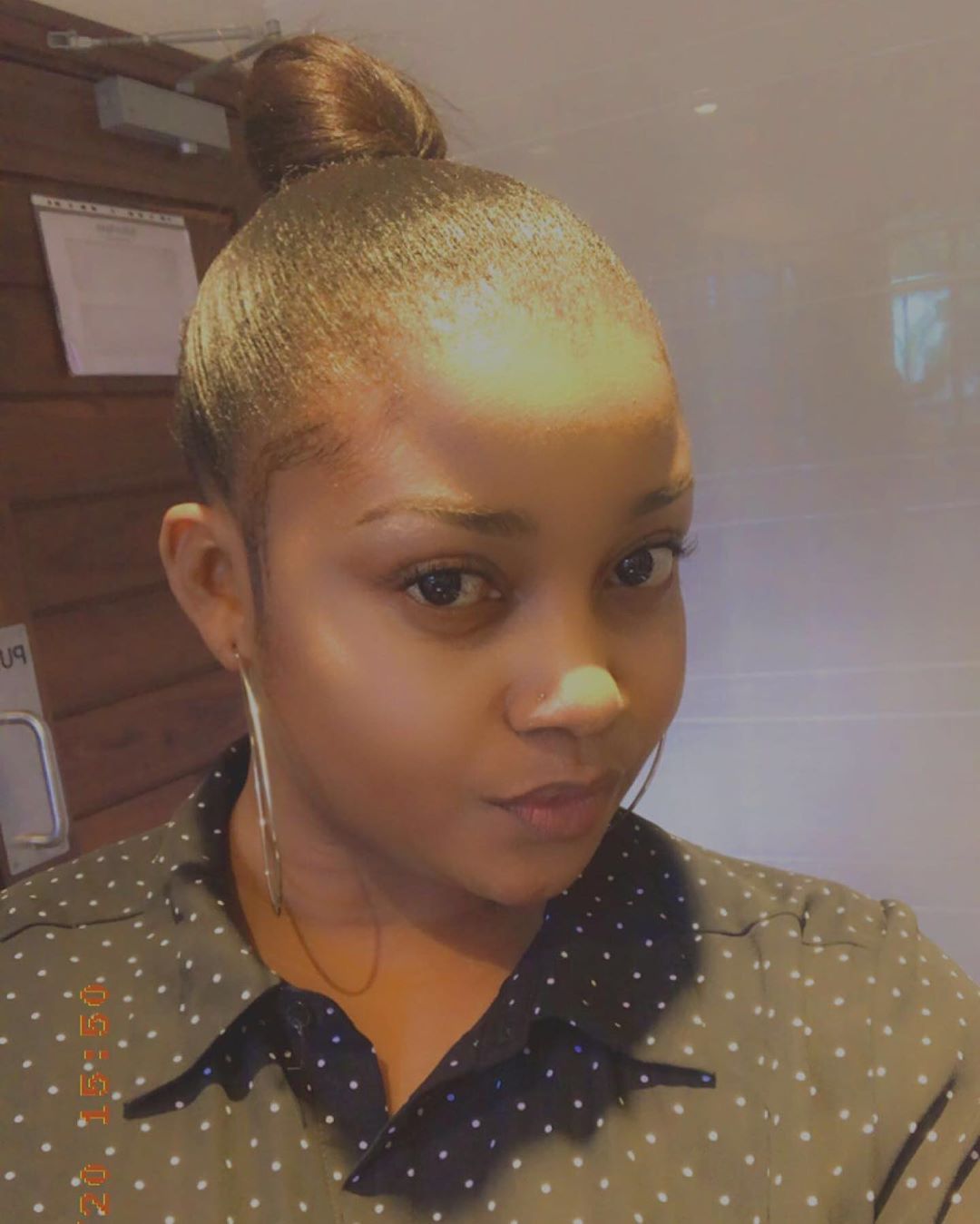 On Wednesday, July 8th, the actress took to her IG page to share photos of herself with a battered face as she opened up about her violence-riddled marriage. 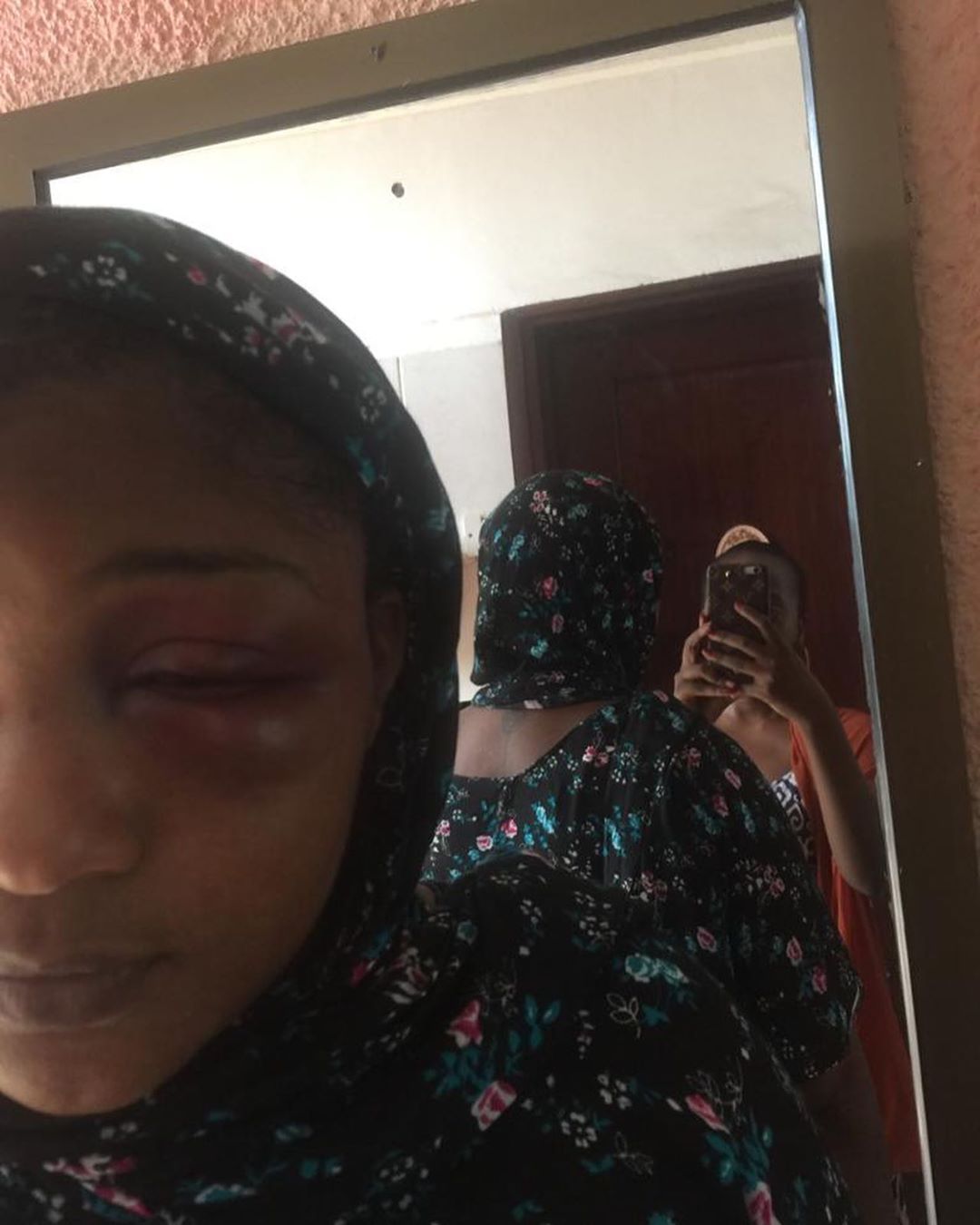 She alleged that she had been a victim of domestic violence throughout her marriage to her husband, Uchebe whom she started dating in 2016.
In a quite lengthy and heartbreaking post, which she wrote in Swahili, the 32 year old actress also issued an apology for staying quiet about her issues while encouraging other women in violent or abusive marriages to speak out for help.

“I am writing this with a clear mind and conscience. First, I would like to apologise to my family. I am seeking your forgiveness because I assured you that my marriage was trouble-free, while in reality, it wasn’t peaceful.

I have been a victim of domestic violence and other evil acts I cannot speak about on this platform.

“I apologise because every time I heard my fellow women cry for justice after being assaulted by their spouses, I would urge them to voice out their grievances. When I heard that there was a woman from Kigamboni, who had been fatally battered and her body set alight by her husband, I was the first one to say: ‘she should have spoken out about her marital troubles’. I pretended that I was not one of the domestic abuse victims; I distanced myself from the group of women who were victims of domestic violence. Forgive me.

“[As an artist], I am a role model to many in the society; I represent women on many fronts. Today, I have decided to break my silence on my marital woes. My husband Ashrafu Sadiki, popularly known as Uchebe, has been battering me too much!

“And, after meting out violence on me, he never calls to show concern or know about my wellbeing. Other people, unknown to me, are the ones who usually nurse me in hospitals after being beaten up by my spouse. In my marriage, there are many other bad things that have been done to me, making my union lack the expected bliss.

“Making matters worse, I am a mother; a parent of children who look up to me as their mother and father. I won’t allow myself to be killed and leave my children motherless, not today!

“I loved Uchebe, I persevered to be with him despite his inadequacies; I gave him everything (my innocence, my wealth, and when he needed a woman to stand by him so that he could get on his feet — financially and socially — I was there for him). I did all that because I knew he and I were together in everything as husband and wife. Despite all that, my sacrifices did not stop him from battering me endlessly, disrespecting and betraying me.

“Two days ago, when I returned home from my livelihood-seeking activities in Dar es Salaam, he seriously beat me up, forgetting that I had gone out there to look for food not only for my children, but also him. Why did he assault me? Because of petty marital conflicts that are present in all marriages. He did not batter me because he had found me cheating on him, or on issues that are hard to solve through dialogue, no. Furthermore, I respect him so much.

“Nonetheless, he saw the best way of solving the small dispute that we had, was through battering me senselessly. I was asleep when he punched me in the face.

“I know there is a section of people who will fault me for bringing to social media my marital woes, however, I would like to tell them that I was left with no other choice but to share my predicaments on this platform. What happens in my life, [being a public figure], should be known by my fans. Many people in the society look up to me as their role model.

“I have had enough [of domestic abuse], and from now henceforth, I would like to state categorically that no one should refer to me as Uchebe’s wife. People should refer to me as ‘that mother who chose to prioritise her children’s welfare and wellbeing at the expense of a toxic relationship’. They should describe me as ‘that woman who chose her happiness and safety [over a violence-ridden marriage].

“My female fans and other women in the society should use this social media post of mine as a strong message that says ‘we [as women] should speak up when we have been reduced to punching bags and recipients of brutality, because if we don’t, we’ll end up dead someday’. 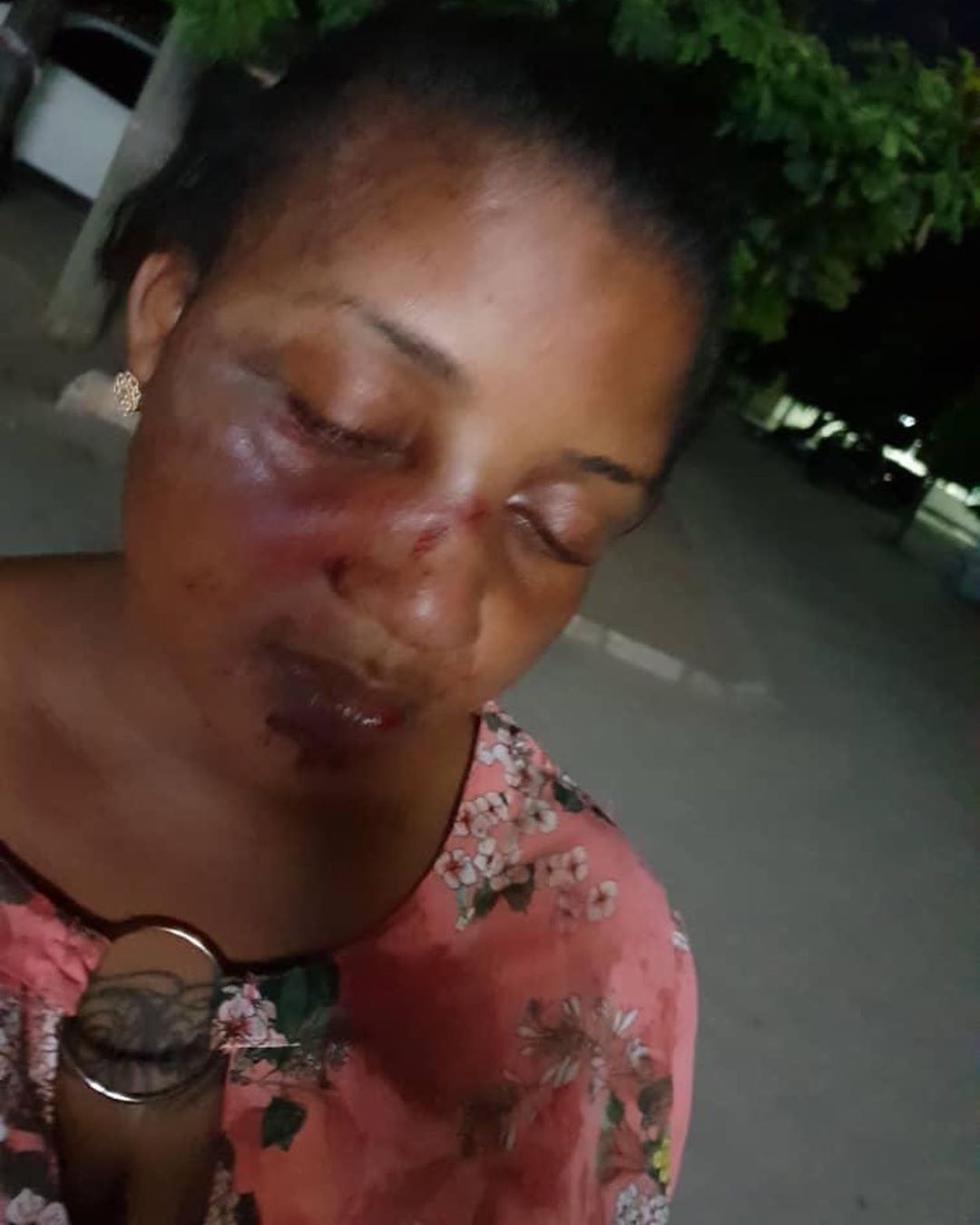 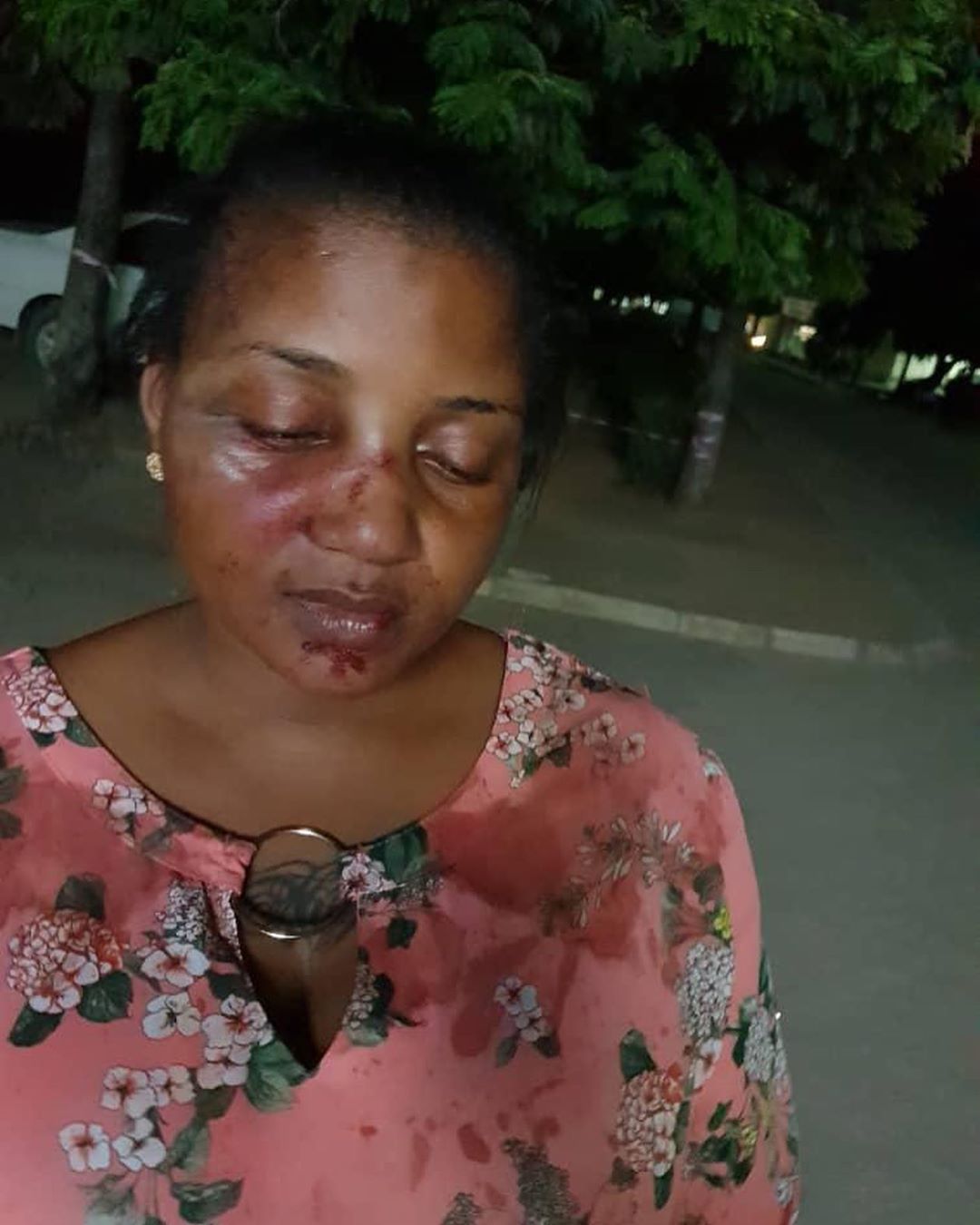 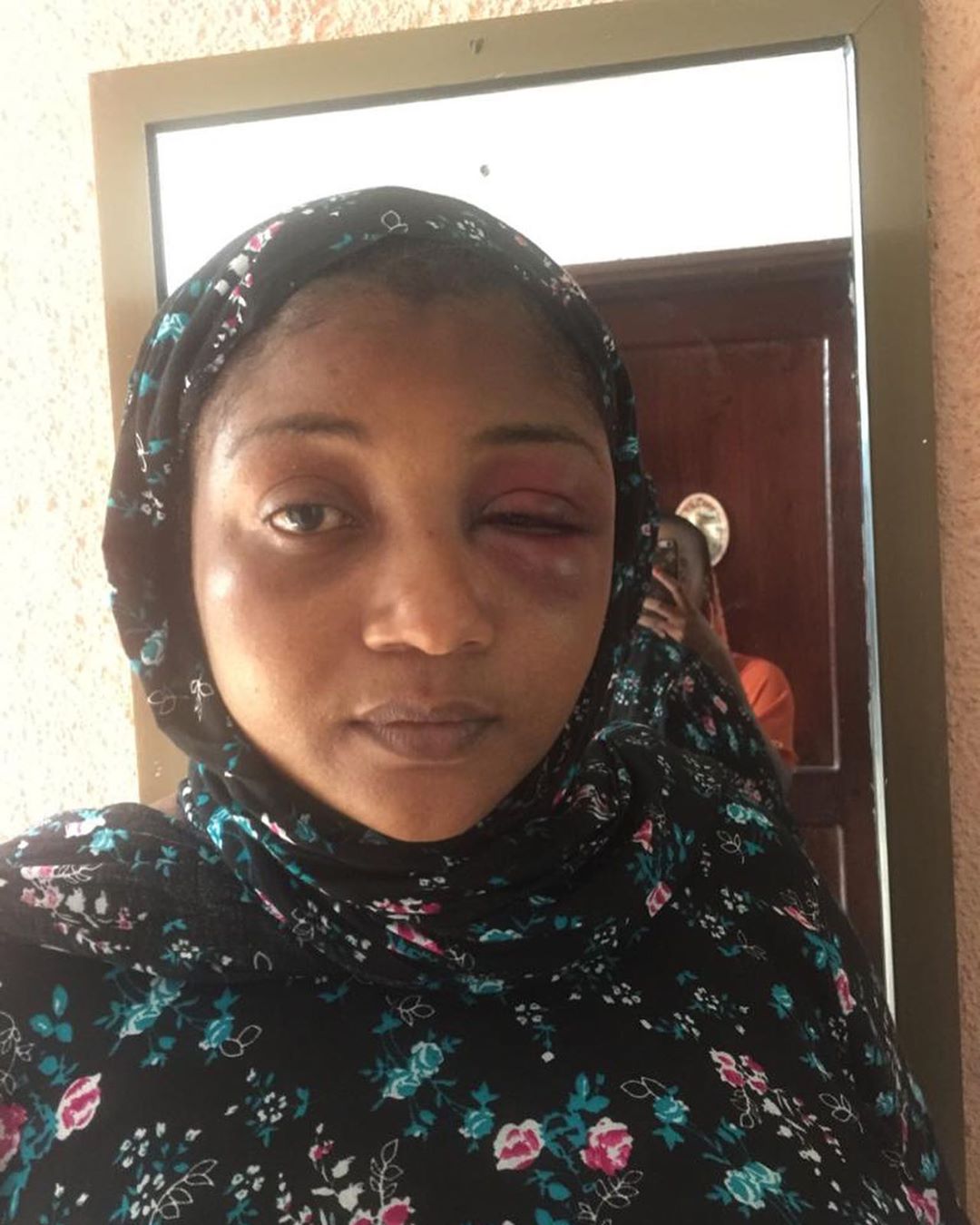