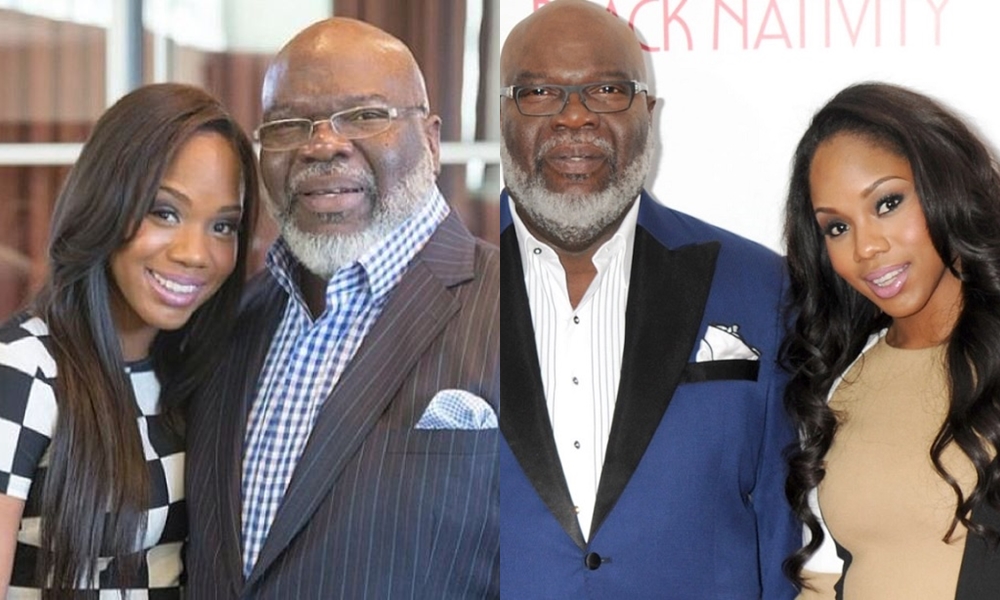 Who would have thought renowned international pastor, Thomas Dexter Jakes Sr has a daughter who got pregnant out of wedlock? Sarah Jakes, Daughter of the respected pastor T.D. Jakes disclosed how she confessed to her parents that she was pregnant at the age of 14.

Sarah narrated that she had been terrified. She was so scared to speak with parents, that instead of telling them the news in person, she left a letter in the family mailbox and her sister told her parents for her.

“My parents were speechless. I mean, my father was a preacher, who speaks for a living, and he was speechless. And that’s when it dawned on me that this was so much bigger than being grounded.” Sarah later wrote a book titled “Lost & Found: Finding HOPE in the Detours of Life”, in which she described the difficult past years of a young mother.

The cleric’s daughter explained how pressurized she felt sitting in a church, when all the people around wanted to know who the baby’s father was. Her morality was judged and questioned by other church members, who felt she was a hypocrite for having a child at such a young age.

However, Sarah realized that the situation could not be different for her at that moment, saying: “I feel that I should share my story. It’s very scary because you open yourself up to criticism and so much judgment and you know that not everyone is going to see the message. So the hardest part is to kind of drown out the painful and hurtful things that have been said and really just focus on the hope it provides for other people.”