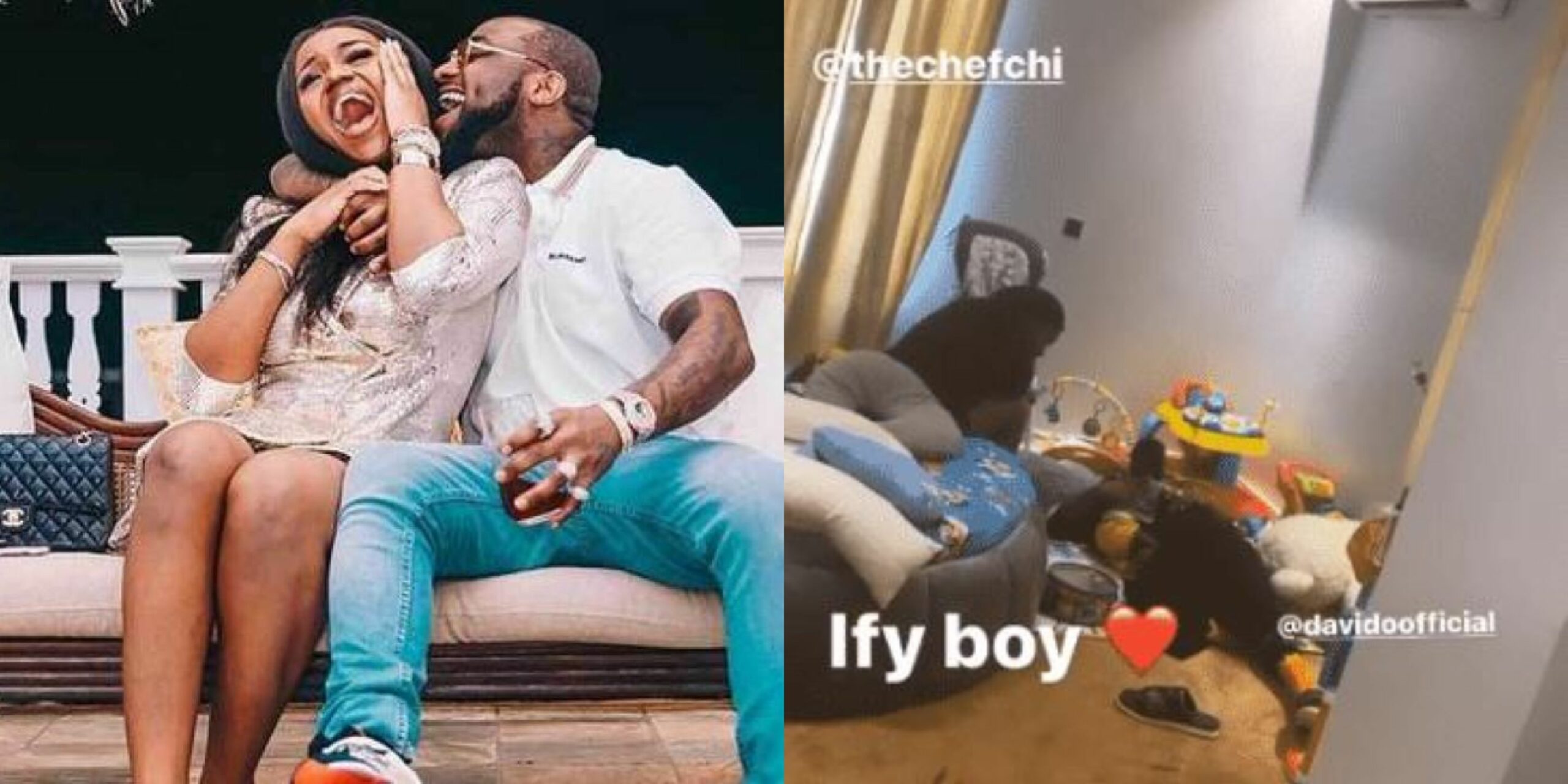 In a recent video shared by Davido’s lawyer, Bobo Ajudua, the famous couple could be seen spending quality time together with their son, Ifeanyi Adeleke.

All breakup rumours and baby mama allegations about Davido and Chioma seem to have been put to rest following a statement by the singer’s brother, Adewale Adeleke a fortnight ago.

The month of June was really a trying period for Davido and Chioma as different tabloids appear to have one story or the other about the news of Davido’s alleged 4th baby mama.

There were also allegations that the singer was beating Chioma, which she denied in a lengthy Instagram post.

Bobo has now debunked the rumours with an adorable moment between Davido and Chioma chilling with their son, Ifeanyi.

Watch the adorable couple below:

Davido and Chioma got engaged and had their introduction in September 2019, they welcomed their son Ifeanyi in October 2019.

Ifeanyi is Davido’s 3rd child, he has two daughters with his baby mamas, Sophia and Amanda.