#BBNaija: The moment Vee called Ozo an agent of evil for nominating her for eviction (Video) 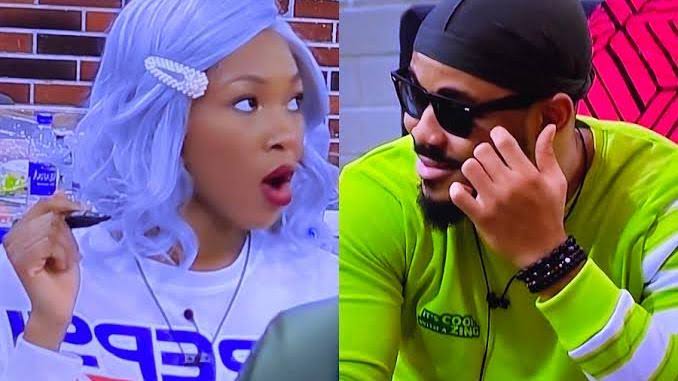 One of the biggest surprises that has caught many unaware is that BBNaija house lovers, Vee and Neo are still in the house.

While housemates don’t seem to see them as a threat, the two were able to secure their position in the top five.

Well, in a video on social media, Vee was seen having a conversation with her love interest Neo and she bared her mind on how she feels about being nominated for eviction by Ozo.

Calling him an agent of evil, Vee said she can’t believe that Ozo wanted her to leave the house. According to her, she is still in the house while he has left.

“I can’t believe that Ozo wanted me to go but I’m still here, agent of evil,”

#BBNaija: See Zlatan Ibile’s description of Ozo in a song for going after Nengi instead of N85 million (Video)