Destiny Etiko announces the official date for her father’s funeral 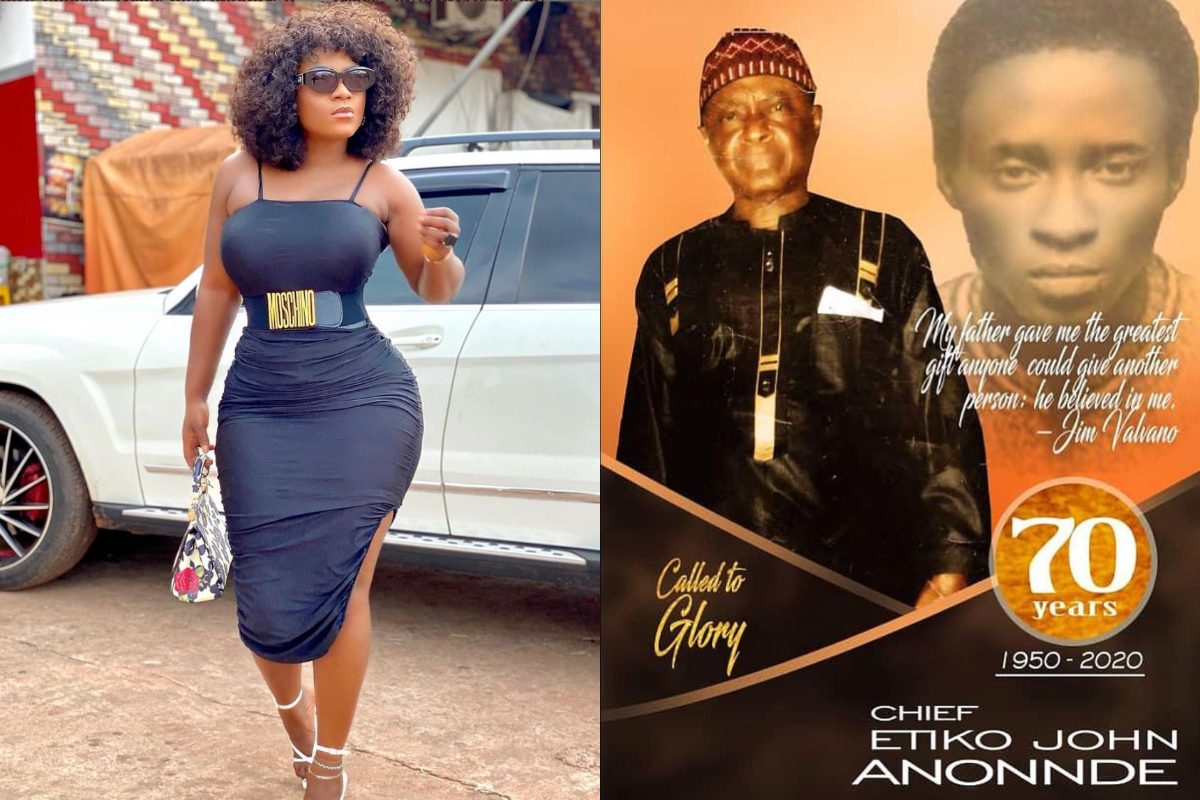 Popular Nollywood actress, Destiny Etiko in a latest statement has announced the official date for her father’s funeral who passed away at 70.

Recall that the movie star buried her father about five months ago. The sad incident was in the news for days as her colleagues as well as fans sent her condolence messages

The reports claimed that due to the COVID-19 restrictions, the funeral was postponed.

See also: Zlatan Ibile advises single ladies to dump any boyfriend who doesn’t spend on them

Well, the actress has now announced the official date for the funeral which she said will hold on the 24th of November.

She shared an obituary of her father on her Instagram handle and captioned it;