A Twitter user identified as Cleverly Ahmed recently took to the platform to reveal how his girlfriend broke up with him after he surprised her with a birthday gift.

In the chat he shared online, on receiving the gift from her boyfriend, the excited girl told her lover that she has received the birthday gift.

She was so extremely happy that she had to first thank her boyfriend before going ahead to open the phone package.

However, she got the shock of her life  after she unboxed the gift, and found  out that instead of getting an iPhone11 package, she got an onion.

Read the conversation between the boyfriend and his lover below; 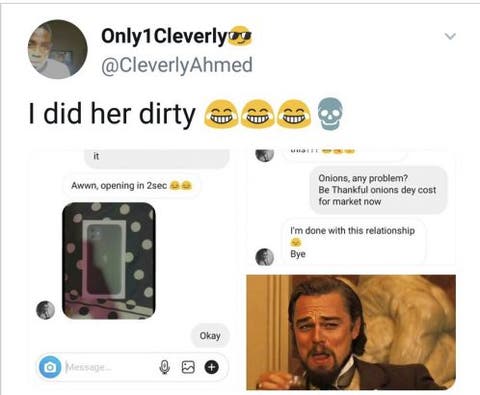