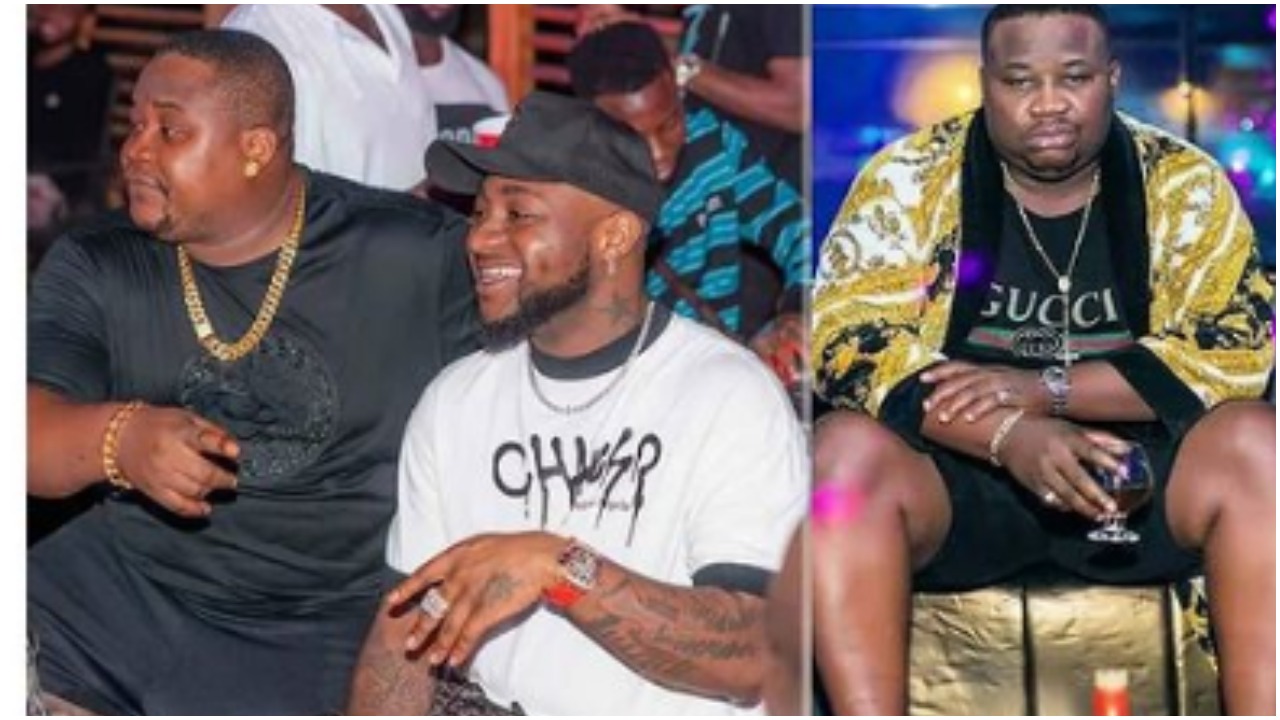 Recall that few hours ago, the ‘Omo baba Olowo’ crooner disclosed that he might have to leave the music industry for Burna Boy and other musicians.

According to David, he would be leaving music for his contenders in the industry.

Reacting to this, Cubana took to twitter where he wrote;

“If Davido should leave Music, the entire Nigeria music Industry will collapse. We all know how he has lifted so many people today. The real Odogwu himself David AdelekeTule !!” 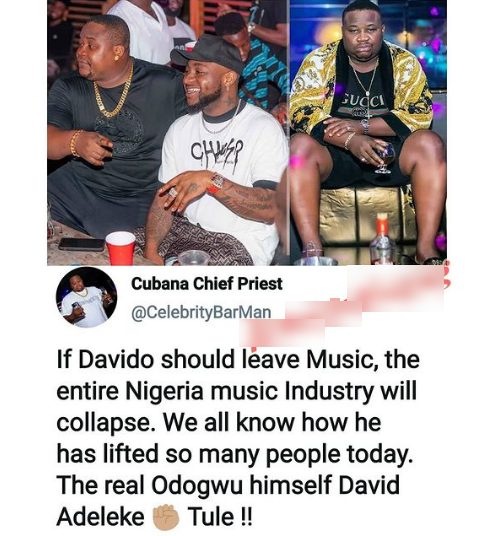 @amina.k.aminu wrote “Nothing is going to collapse, lucky dube is the greatest singer in Africa even in death he is still selling and getting awards, who is Davido?”

@daraabong wrote “Shut up ode. Music was on before him and would be better without him.”

@princess_ato wrote “This man no just dey respect himself, two parties were involved in an alleged brawl and one is still silent, why not hear from both parties?”

“My husband, MC Fish has been wearing my shoes for me since 2017” – Anita Joseph (photo)