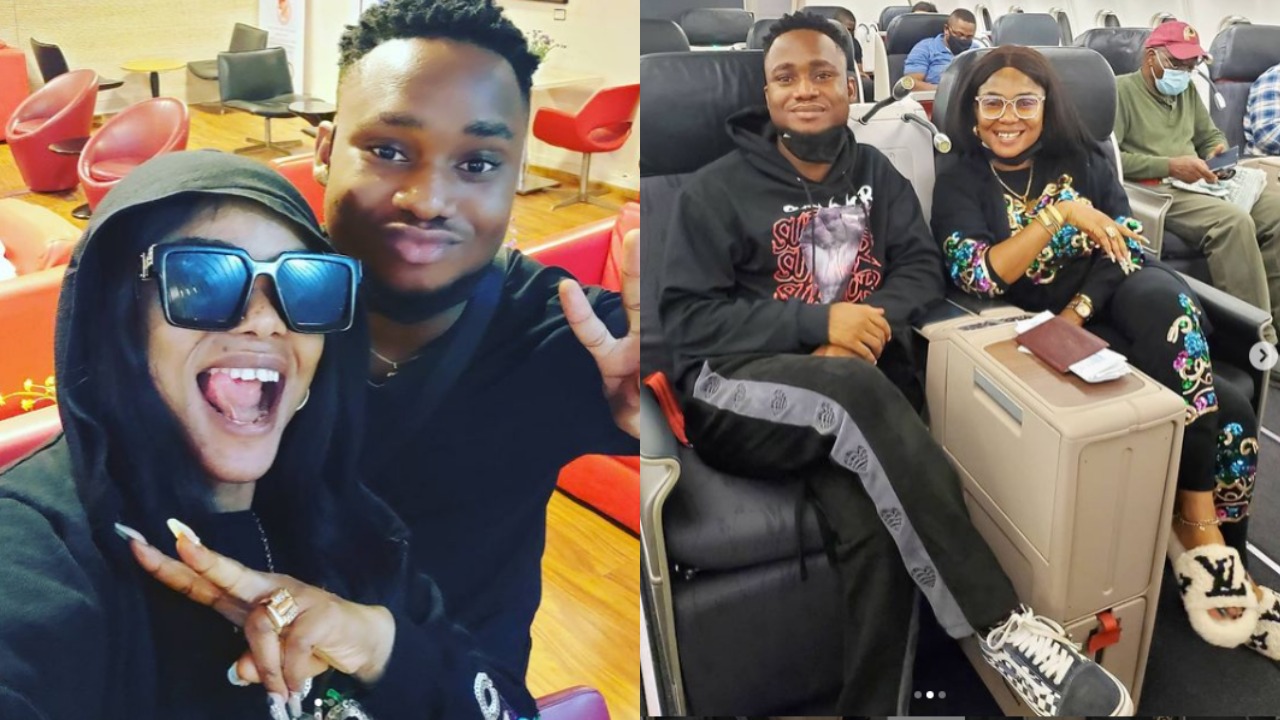 Photos of Ace Nollywood actress, Iyabo Ojo jetting out of Nigerian with her son, Festus as surfaced on social media.

In the photos, Iyabo Ojo, her son, Festus and celebrity stylist, Toyin Lawani were seen having a nice time on a business class flight which is obviously “leaving for the abroad”.

The absence of Iyabo Ojo’s only daughter, Priscilla in the photos, however, generated some comments on social media.

@oluwabukola_me wrote “Where’s the princess of the house”

@sijibomi wrote “but mama where is Priscilla”

@simisola6806 wrote “Where is priscilla mummy”