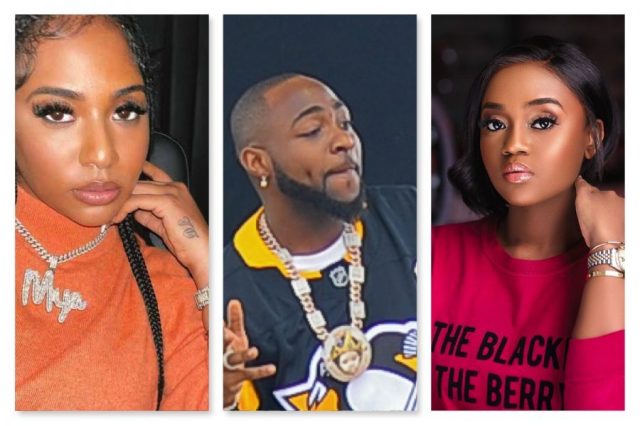 As the drama concerning Davido’s alleged new lover continues to spark reactions on social media, some Nigerians have taken to their handles to  drag Davido‘s crew as they claimed the singer’s crew knew what was going on.

Some fans have expressed their anger at the singer’s crew for always hailing Chioma Avril and calling her “our wife” while they know he has been cheating.

See also: Video of Mya Yafai having fun with Davido and his crew last Christmas

Others were of the opinion that his crew should have advised him that what he was doing was wrong.

These drags are coming following the video of Davido and his alleged new girlfriend, Mya Yafai, seen together with his crew also insight.

See the reactions below; 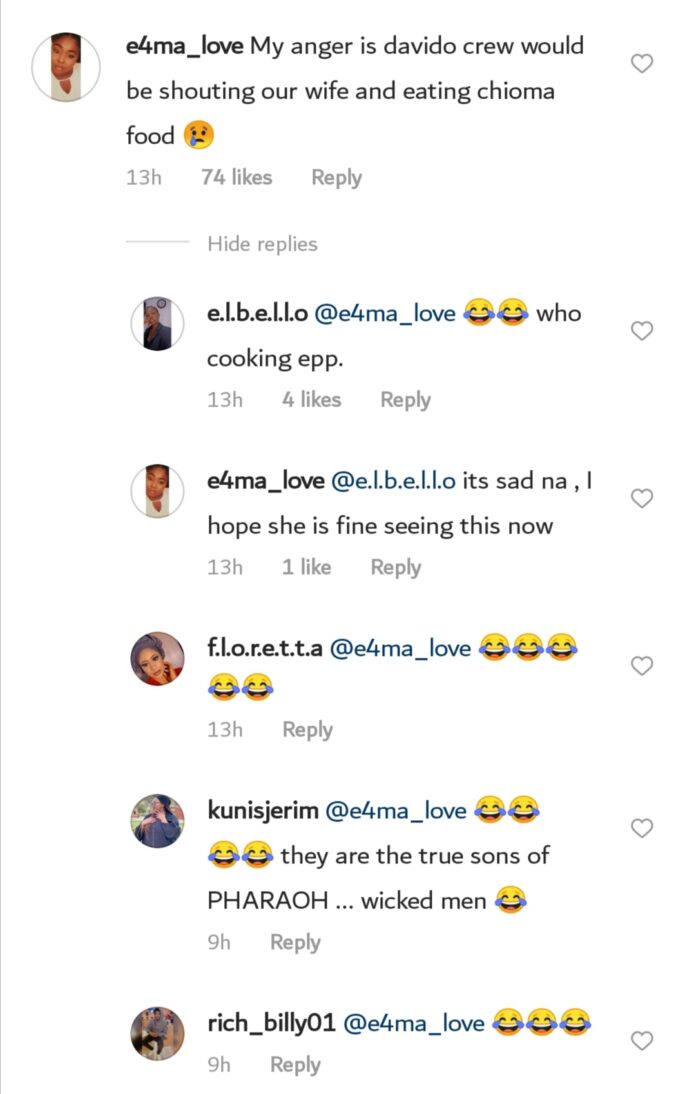 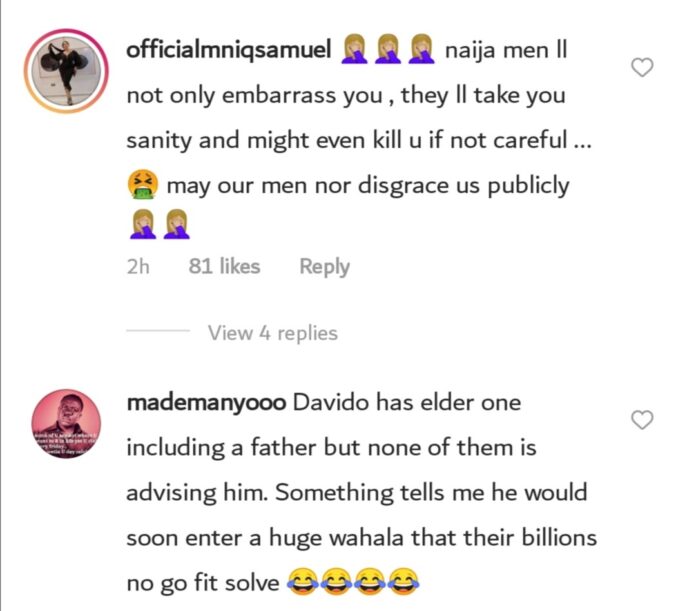