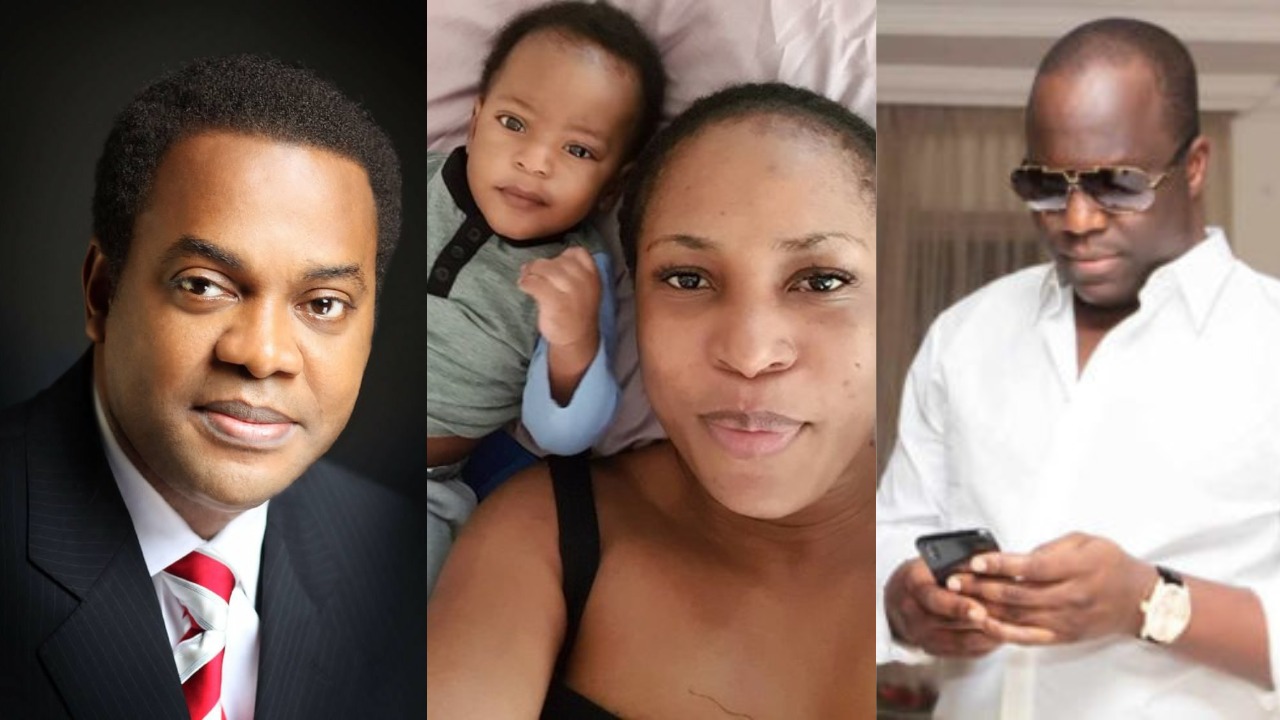 According to @Cutiejuls, the father of Linda‘s son is not Jeremi, instead, it is former Governor of Cross River State, Donald Duke’s. 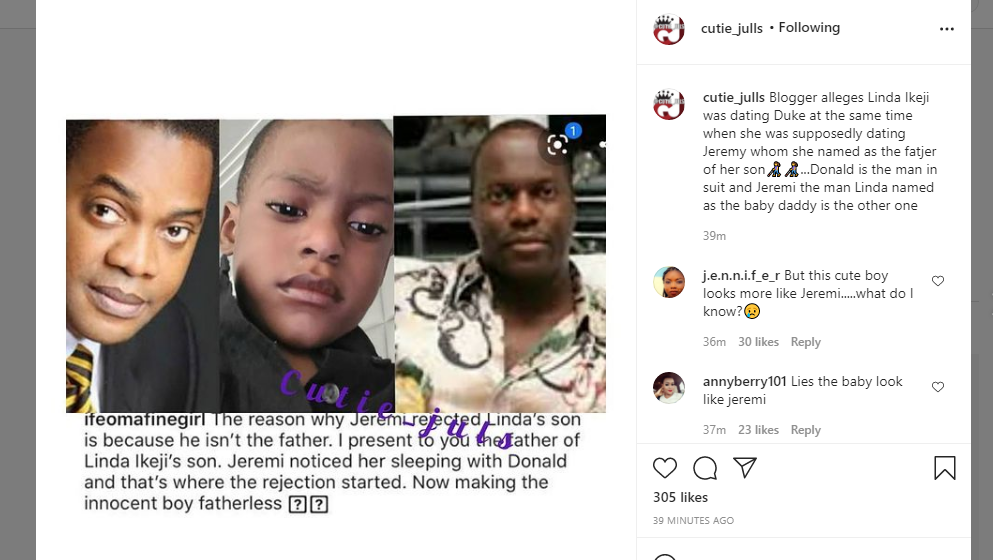 Recall that when Linda has her son, the mother of one said that his father was Sholaye Jeremi but they are not suitable partners. She took to her blog to detail reasons why her relationship with her son’s father, whom she met in December 2015, didn’t work out as expected.