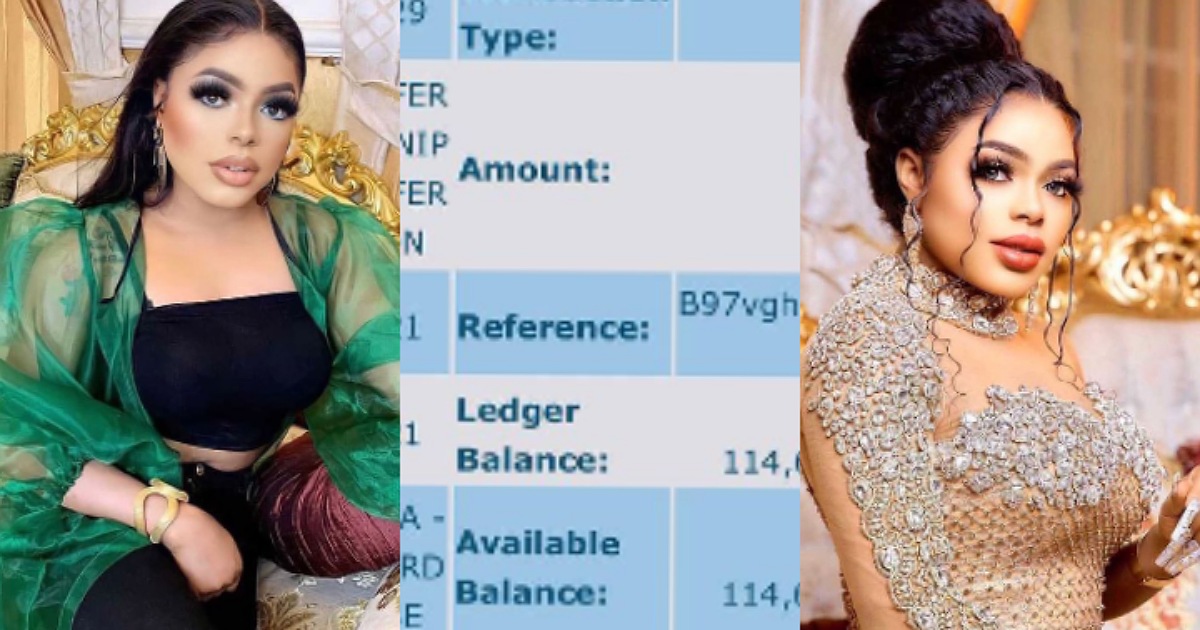 Days after buying a Lexus SUV for his father, Bobrisky’s current account balance with Eco bank has surfaced online.

The screenshot which was shared online by the crossdresser, reveals that he has a current balance of above N114 million.

Sharing the post on Instagram, Bobrisky said that’s just the balance in one of his accounts, as he has 5 other accounts with heavy sum of money.

He added that today, he feels like bragging to his fans about his achievements. He also disclosed the brands that paid him millions of naira for endorsements and promotions.

This is coming days after the cross dresser splashed millions of naira on a Lexus SUV for his father who was celebrating his birthday.