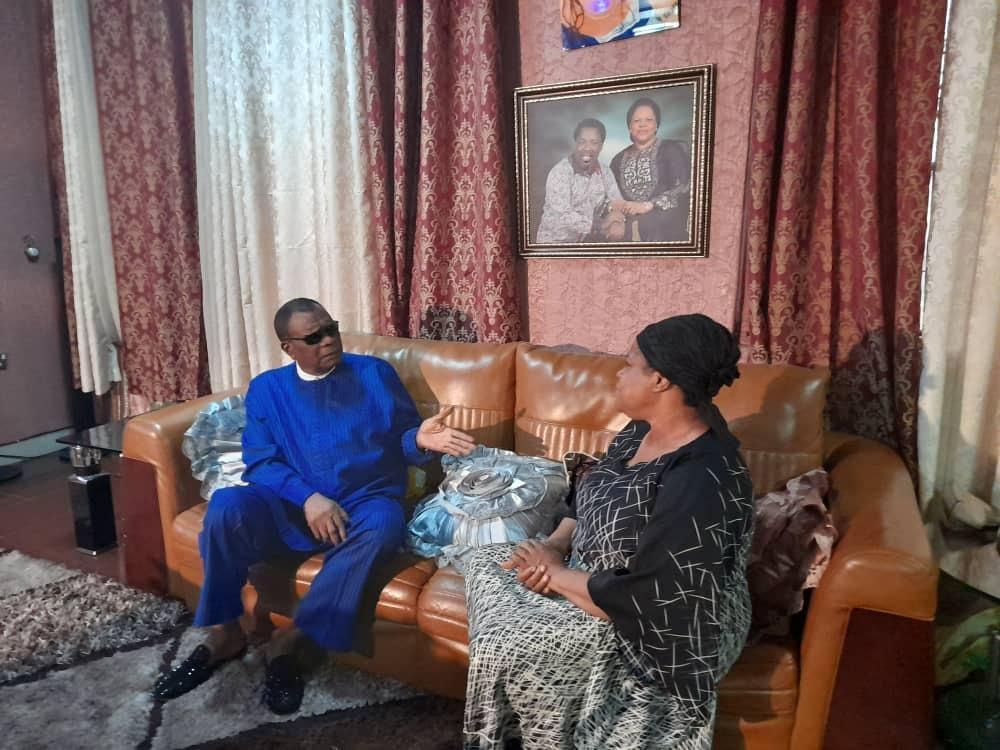 Some days after Daddy Freeze urged Nigerian Pastors to set aside their differences and pay condolences to T.B Joshua’s Family, prophet Abiara takes the lead.

Prophet Samuel Kayode Abiara, the founder of Christ Apostolic Church in Agbala Itura, paid a visit to the wife of Prophet T B Joshua, the late founder of the Synagogue Church of All Nations, on Thursday.
Recall that on Sunday morning, SCOAN reported the death of its leader, which sparked outrage around the world.

On June 5, only a few days before his 58th birthday, the televangelist passed away.

Following the cleric’s death, some people have blamed men of God in the country for failing to extend condolences to the late cleric’s family.

Following criticism of its silence over the cleric’s death, the group issued a statement.

In a statement titled “Letter of condolence on the Demise of Prophet T.B. Joshua,” CAN President Dr Samson Olasupo Ayokunle hailed him as “one of the foremost Nigerian charismatic pastors, televangelists, and philanthropists who devoted his entire life to the preaching of the gospel.”

Prophet Abiara has joined the chorus of clerics who have expressed their condolences to the prophet’s family.

Hushpuppi’s friend Pac, who was arrested with him in Dubai regains freedom, narrates his experience