After his wife and three children moved out, a sad 54-year-old man took to social media to cry out, narrates how his wife left with his three children.
According to the father who claimed his wife left their home with their children three years ago, he is still “in the dark” and has no idea what triggered his wife’s behaviour.

He stated that he never failed in his responsibilities as a father and spouse during their time together. He said that his family has never been in need because he is a wealthy and compassionate man who provides for them and spends quality time with them.

“Good evening. Please keep me anonymous. I am 54 years old. My wife left with my 3 children 3 years ago. Till now I don’t know what I did wrong.

“I’m a wealthy man. My wife didn’t lack anything. I opened a school in her name. She’s managing it alone. I only intervened anytime she’s having a security challenge and my support. We have fleet of cars. I’m a boss of my own so you won’t say my work made me not to have her time…” 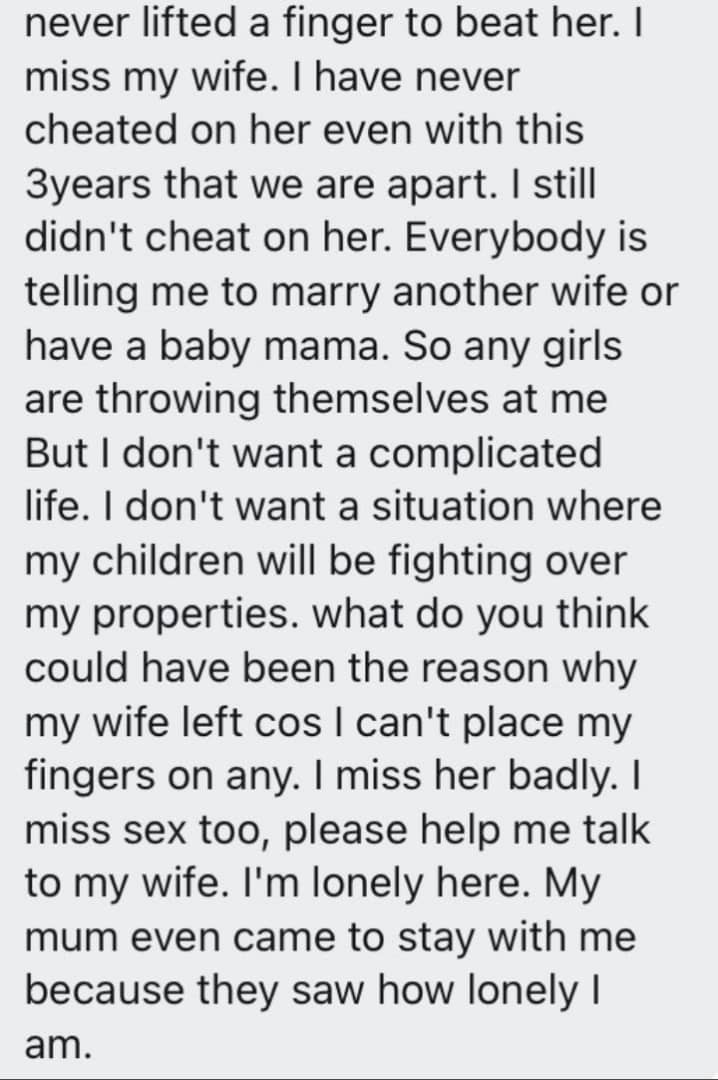