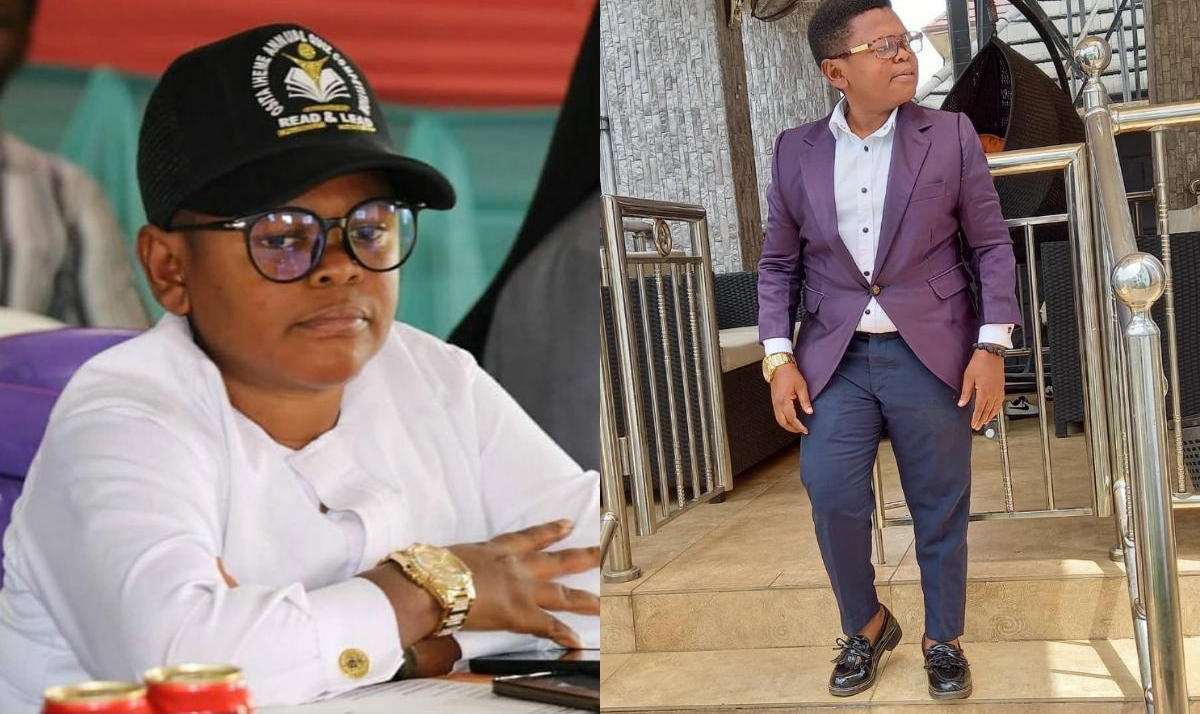 Nollywood comic actor, Osita Iheme has revealed some unknown facts about him on his social media page.

According to the 39-year-old, he was a normal baby until he suddenly stopped growing.

Speaking further about his stagnant growth, Pawpaw as he is fondly called said that he cant question God and the only thing he can do is to continue to work hard so that he can become somebody in life.

Reactions as Zubby Michael declares himself the biggest…

Talking about his father, Osita said that he would have been a PHD holder if he did not lose his father at an early age.

“I was born normal but then stopped growing. I was born in the early 80s. I mark my birth every 20th of February. I was a normal baby when I was born. I can’t say that this was when I stopped growing but I just grew up to find myself like this.

I can’t question God but I keep working hard to become somebody in life. I lost my father at an early age under mysterious circumstances. With my Daddy, I know my academic ambitions would have been realised up to PhD level and so many other things I wanted to do if he were alive today.

It really saddens my heart though. Recalling the sad event leading to the untimely death of my dear father, I was very young then. I can’t really say much about him because I was still a baby when he passed on.

From what I learnt, he was a trader who travels a lot and was into merchandising. He made sure that his children were well brought up. He raised us with a good moral upbringing and the fear of God. He was that kind of father. He was a tall man.

I just grew up to find myself like this. I just found myself like this and I can’t question God but I keep working hard to become somebody in life. Definitely, my mother must have been worried about my growth but what can she do? It has happened and she had to accept the situation the way it was.

We are five children in the family including a girl and four boys. I am the last born. Two of my siblings are based in Europe, while the other two are importers. The only lady is working with an oil company.”