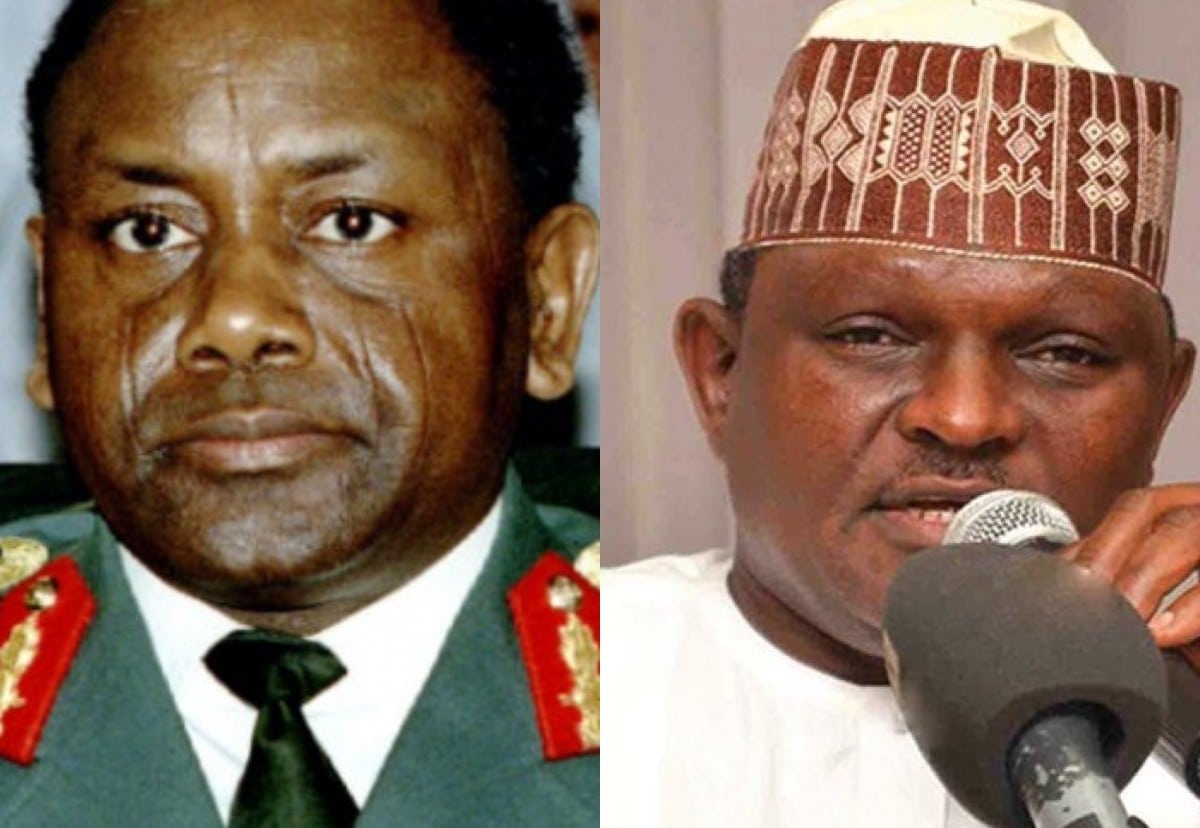 Al-Mustapha stated that Abacha did not die after eating an apple given to him by his concubines, contrary to popular belief.

After a brief illness, the ex-president, according to him, passed away.

Al-Mustapha said: “Shortly after the handshake, I noticed the change in the countenance of the late Commander-in-Chief, and I immediately informed the Aide-de-Camp, Lt. Col. Abdallah, who advised that we keep a close watch on him.

“Later in the evening of June 8, 1998, around 6 p.m., his doctor came around and administered an injection to stabilise him. He was advised to have a short rest.

“At about 5 a.m., the security guards ran to my quarters to inform me that Abacha was very unstable.”

Al-Mustapha disclosed that he thought the officers who came to his house was an attempted coup plot, so he had to divert their attention on his movement to Abacha’s residence.

Read; “Abacha Stashed Billions Of Dollars Abroad To Save Nigeria From US Sanction” Says Galadima

He added: “When I got to the bedside of the Head of State, he was already gasping. Ordinarily, I could not just touch him. It was not allowed in our job. But under the situation, I knelt close to him and shouted: ‘General Sani Abacha, Sir, please grant me permission to touch and carry you.

I again knocked at the stool beside the bed and shouted in the same manner, yet he did not respond. I then realised that there was a danger. I immediately called the Head of State’s personal physician, Dr. Wali, who arrived in the place in eight minutes from his house. He immediately gave Abacha two doses of injection, one at the heart and another close to his neck. This did not work apparently, as the Head of State had turned very cold.

“He then told me that the Head of State was dead and that nothing could be done after all.”

Villagers build massive statue of a manhood, explain the urgent reason behind it